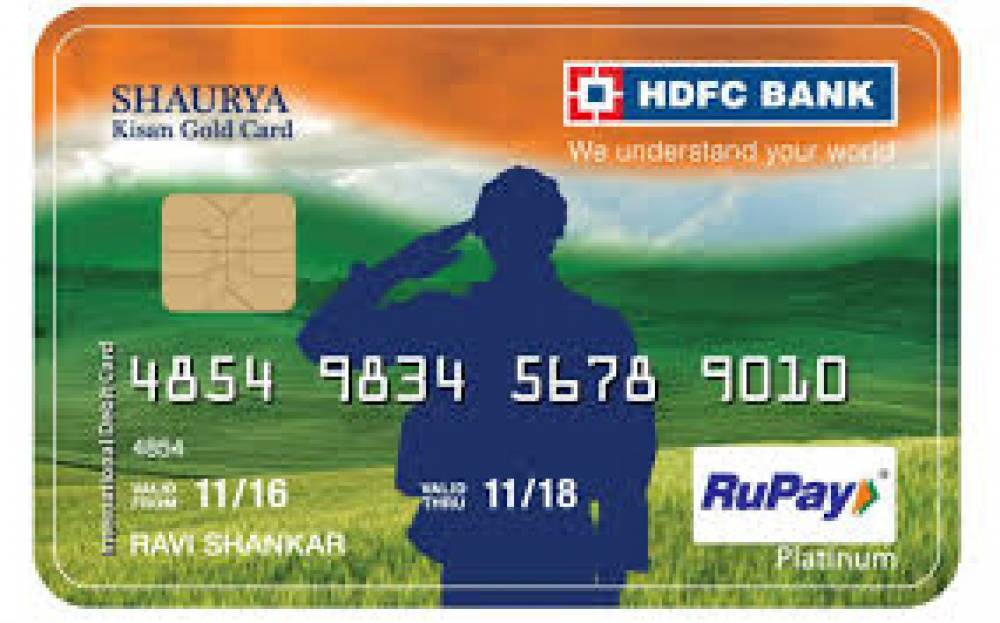 HDFC Bank, the country's largest private sector bank, has launched a special card for the armed forces before Independence Day. A release issued by the bank said that "Shaurya KGC Card" comes with unique features. The bank claims that it is the first of its kind card launched for the armed forces. According to the bank, the card comes with special facilities for more than 45 lakh armed forces in India. Let's know what the main features of Shaurya KGC Card are in this article:

The bank has said that the loan facility has been designed, keeping in view the armed forces' financial needs.

Loans can be availed through Shaurya KGC card in such a way:

A day before Independence Day, the bank's managing director Aditya Puri digitally launched the Shaurya KGC card. Speaking on occasion, Puri said, "It is a great honor for the armed forces and their families to launch this product. I come from a family with an Air Force background, and I have seen their sacrifices and their difficulties closely... We have been able to do something for them, then it seems that my career is now complete. With this, we have launched an equally good product for farmers as well as armed forces. It is the gift of Independence Day to those who protect us from our side. Jai Jawan, Jai Kisan, Jai Hind.''

Read also: The historical deal between Israel and UAE: Whom will it affect, and how