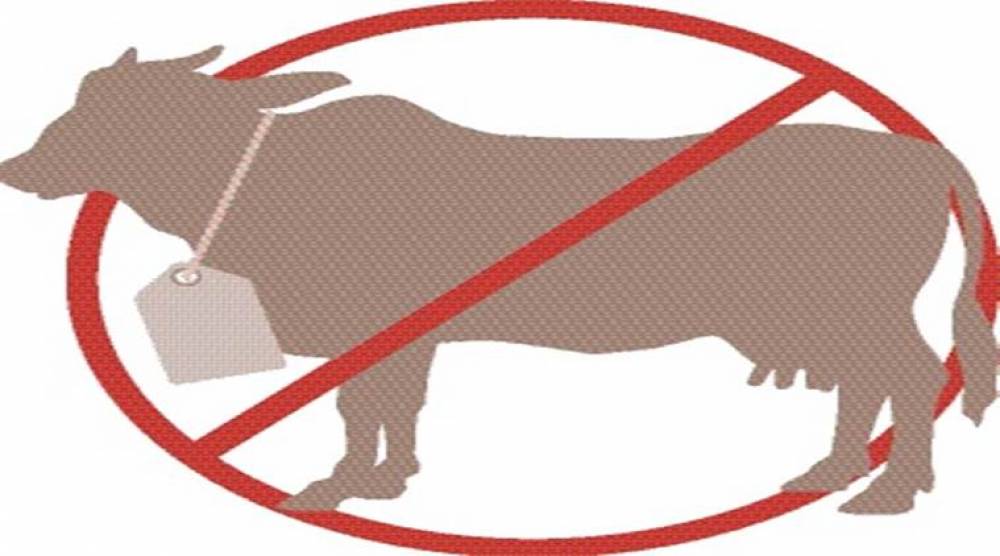 Beef Ban in India and the story of politics on it is common for people to the country. Religiously being a sacred place in Hinduism, there is a ban in many states for eating beef or smuggling in India. But students from a Scottish university have now voiced their concern over the beef ban. Students from Edinburgh University in Scotland have voted in support of the ban on beef within the university. Students argue that it is necessary to preserve our environment.

Students Union has given a proposal for on beef ban

In fact, the university had brought up a proposal for a students' union debate on the sale of beef at the mess and other food stalls. The mess and stall at the university-run the students' union. That is why the students' union had organized a debate on it. The same proposal was discussed after voting. The debate began when Eli Silverstein, a university student, prepared a petition against the beef ban and won the support of about 570 students. During the discussion, the students were also given voting on whether to provide beef products during a program on campus. Now, after the proposal is passed, online voting will be conducted in the entire university. 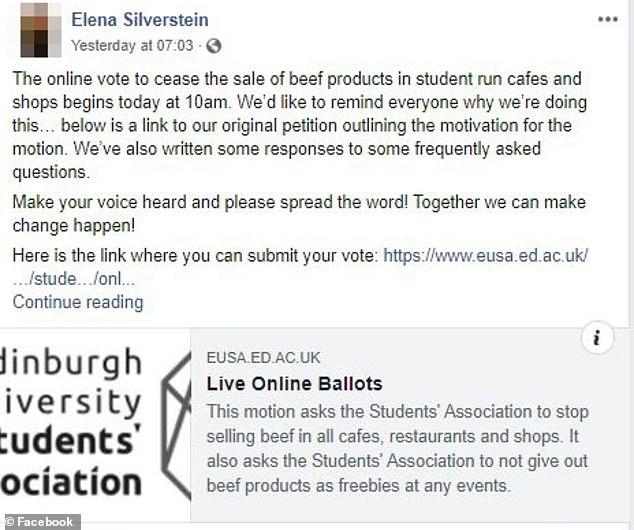 Protests are also taking place in the university to oppose the proposal. Many meat supply organizations believe that this will shake the people involved in the animal husbandry business. Some argue that the replacement of meat will increase the use of soya, which is not grown much in the United Kingdom. This will benefit outsiders. Earlier, beef has also been banned at the University of East Anglia. However, the decision was changed in December 2019. The rule was argued that this is an undemocratic method and that people should be exempt from catering. Earlier in the year 2017, it was decided to ban red meat at Cambridge University. 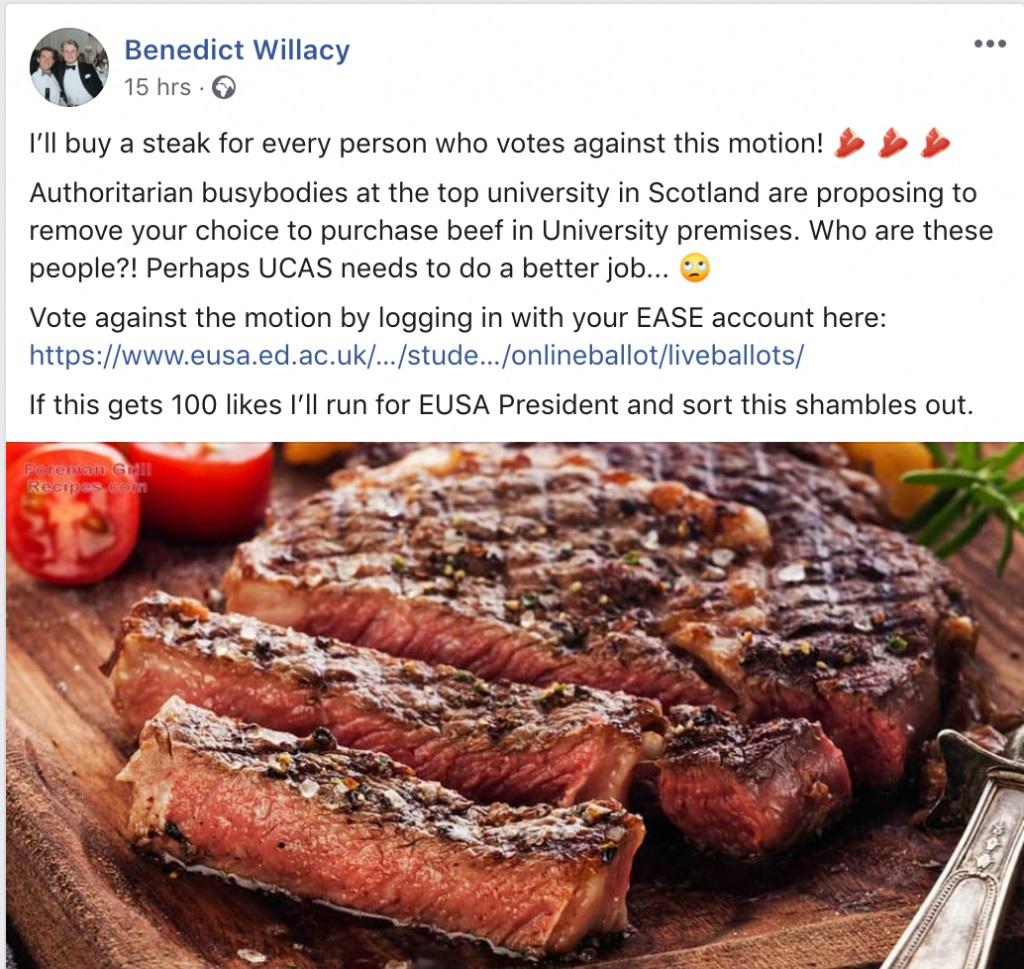 Local individuals and farmers wrote a letter to the university

Local meat professionals and farmers have requested the university administration over the decision taken by students from the University of Edinburgh. They say that such decisions will adversely affect their business. A recent report states, that more than 58 percent of people voted against the beef ban which means beef products continue to be available in the university cafeteria and other shops.