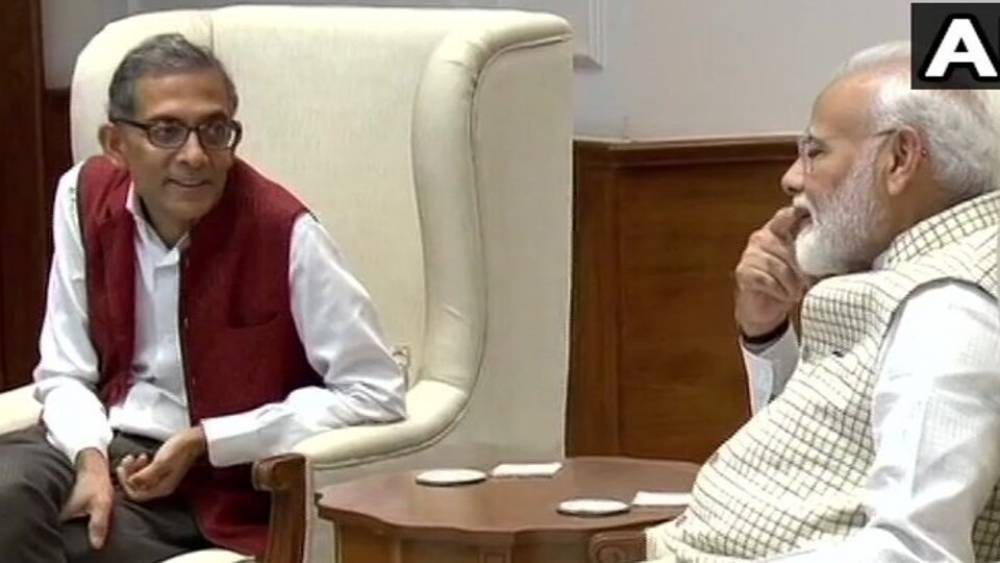 Nobel laureate Abhijit Banerjee, an American citizen of Indian origin, recently who has been awarded the Noble for Economics, has given multiple valuable suggestions to speed up the Indian Economy Revival. He told in an interview that there is a shortage of demand in the market. The large population of the country is unable to spend. In such a situation, the poor will have to provide more and more money to boost economic growth again. This will help to accelerate demand, and the country's economy will start picking up again. Might you already know that along with Abhijeet Banerjee, his wife Esther Duffalo has also been received the Noble Prize in Economics.

The interviewer asked Abhijit Banerjee that how the country's economy will reach up to $ 5 million, he said that previous data are clearly showing that Indian economy growth rate keeps going down, but if demand is increased again, the pace of economic growth can return. For this, the poor population will have now have to pay, and it will increase demand. This is the only way to grow an economic situation in India.

Banerjee says that in India, many NGOs are working for the poor. Especially by lending them money and encourage them to do their own business. But it is very less, so they are not able to buy goods for their daily needs. Abhijeet Banerjee said the government must simplify the way companies are set up. He told in our book ' What Economy Need Now,' which was written with the help of Geet Gopinath, Raghuram Rajan, and Mihir Sharma, we talked about creating plug-in locations where companies can benefit from excellent connectivity, easy land acquisition and perhaps modern labor laws.

He added I do not think that the government will be able to meet the fiscal deficit target fixed for this year. As far as I know, there is a shortage of demand in the country. That is why manufacturing is not growing as well. Also, it seems challenging to increase demand by reducing corporate tax.

Economist Abhijit Banerjee met Prime Minister Narendra Modi by visiting PM House. After this meeting, PM Modi said that he had a great meeting with Nobel Prize winner Abhijeet Banerjee. His attitude towards the empowerment of the people is clearly visible. We had a long conversation on different subjects. India is proud of him for his achievements.