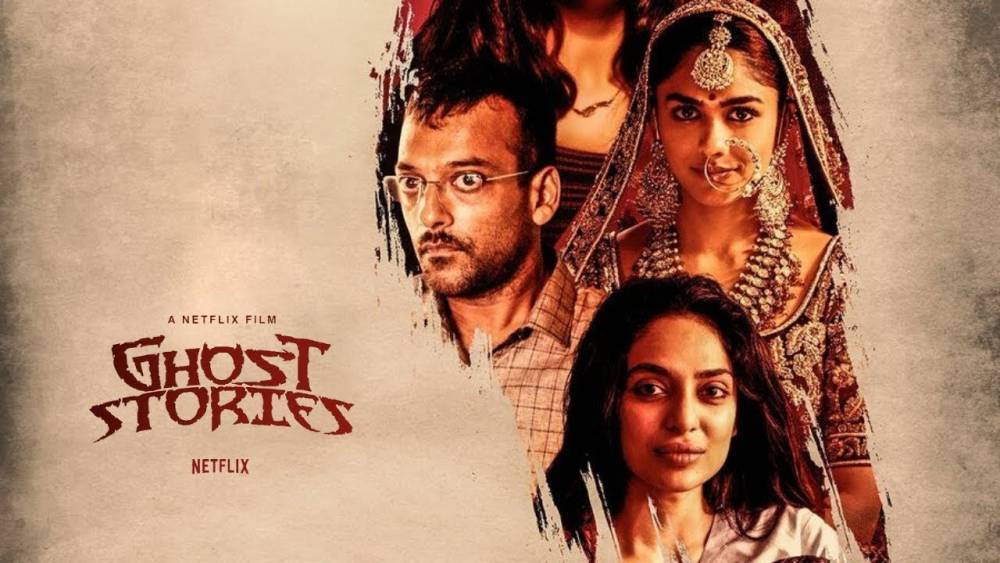 Anurag Kashyap and Karan Johar gave a wound to their audiences form this film. They are accompanied by Joya Akhtar and Dibakar Banerjee once again after the Lust Stories.  But the result? Let's find out.

The first story of Ghost stories is directed by Joya Akhtar. All the people who are awaited to see Janhvi Kapoor in another film after the Dhadak. In the first scene, Janhvi is talking to her boyfriend, and crows are hovering on her head, and then she reaches to take care of a sick, elderly woman who lives alone in the house. The nurse wants to be with her married boyfriend after giving sleeping pills to her patient. But, the woman who has just been taken the sleeping pill is not sleeping. The first story of Ghost Stories makes the right weather. Janhvi puts lipstick and tries to wipe it out and paint the excitement in this horror film, and Surekha Sikri is the only influential artist. But, Joya? It doesn't seem that this story is of the same director whose previous film was Gully Boy.

The second number is Anurag Kashyap. Anurag fades colors from the screen to forge horror. Cinema is forming around the pregnancy of Shobhita. A kid is the center of the story. But, from where the story starts, it gets stuck there. There is also a crow in this story. There is a working husband enraged by relatives. If something is missing from this film, that is a proper story. Anurag's story checks your patient level of whether you are willing to see nauseous in the name of horror? This part of the film does not leave any impact. Sobhita looks creepy instead of scary. Nevertheless, we assume that the next two films will fulfill our expectations.

The third story Hindi is a new attempt after Go Goa Gone to set up a zombie cinema (a cinema with moving corpses) in cinema. Dibakar Banerjee is still in exile after 13 years of his first film Khosla Ka Ghosla. The art of filmmaking has been disappeared from his hands. Two children in a village are trying to escape from their fathers, who have become man-eaters. An urban who came here for a new job gets stuck in the middle of them. The short film, which is built on a mediocre story, has been made in the third part of Ghost Stories. The film takes the test of patience level.

Well, the case reaches the last story, this time the onus of scaring is that of Karan Johar who has scared the audience from films like Student of the Year and Kalank in 2019. Mrinal Thakur is here in the character of a young woman who is married to a boy who can see her dead grandmother. With this film, Avinash Tiwari's career ends before it begins. And the story ends without even once startling or scaring.

The film's IMDB rating looks more terrifying than this film. Netflix has millions of US dollars to gain a foothold in India. What they don't have, people who understand the choice of the Indian audience. Netflix India's work is in the hands of people who have never done anything creative in their life. These people are just betting on big names, something like a story plot or cinema they understand or not, it cannot be confirmed. Ronnie Screwwala's film Ghost Stories, which spoils the first night of the New Year.