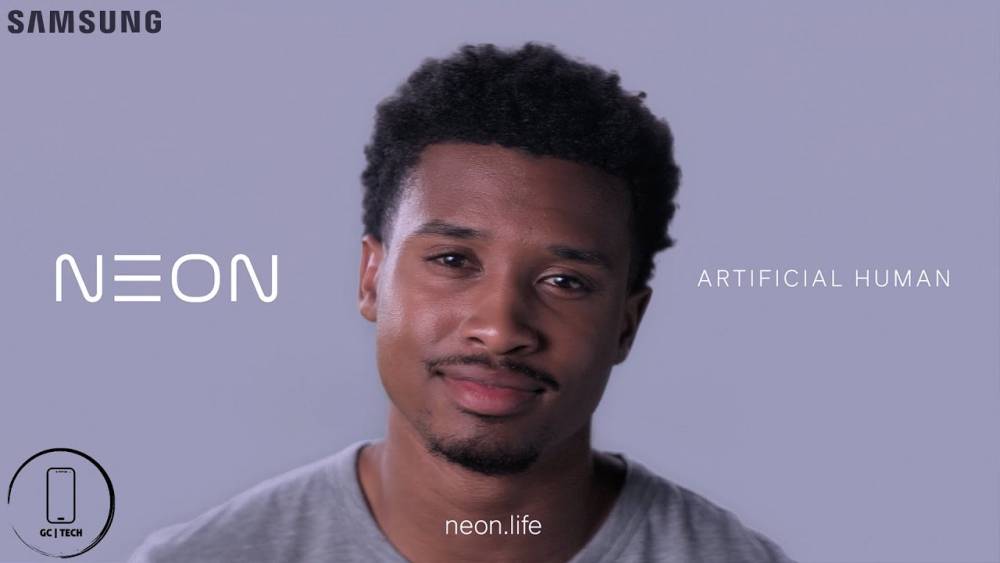 So far, the artificial intelligence (AI) assistant is giving you information about the weather and listening to favorite songs, but Samsung has now introduced a future assistant. Samsung has introduced the world's first artificial person in the world's largest electronic consumer show, CES 2020, running in Las Vegas, U.S.A., which can walk and talk like humans. The name of this artificial man of Samsung is Neon. Neon behaves like a human. This artificial man gives answers and expressions like real humans. In a way, Neon is also an organism that can live with humans, like all living organisms on earth. Neon can be your virtual friend, and you can talk about it.

Neon also specializes in learning new things. In addition, it will also carry out new work based on its earlier experience. The main thing is that you don't need to say "Hey, Neon" or "Ok, Neon," to call it, but you can also give it a name. Now you may be wondering how different Neon is from the AI virtual assistant, so let's tell you that Neon is not an AI assistant. Neon is just like ours, but they are in the virtual world. Other Assistants cannot feel any pain, but Neon can do so. Like AI Assistant, Neon will not give you information about the weather, nor will you listen to the song of your choice, but it will become your friend and react on the basis of friendship with the experience.

South Korean technology giant Samsung is gearing up to launch a new artificial intelligence product during CES 2020 next month. It will be called Neon and will also be available in Hindi. The AI-based product is being developed by Samsung technology and advanced research labs. In 2017, the company launched Bixby and is now offered as a virtual assistant in Samsung smartphones. Samsung has not currently share any information about Neon, but STAR Labs, which is teaming up with Samsung, has released the teaser. A new website called Neon.life has also been created, and information has also been shared on social media.

Pranav Mistry, President and CEO of STAR Labs is of Indian origin. "Have you ever met Artificial Neon," Mistry wrote in a tweet. It is claimed that under Neon, users will be given the experience of human-level artificial intelligence. It is not yet confirmed company is bringing it as a replacement for Bixby as well. The company may be able to bring Neon for smart speakers. Because Bixby from Google Assistant, Alexa, and Siri is getting thumped and in a way, it's flopped.