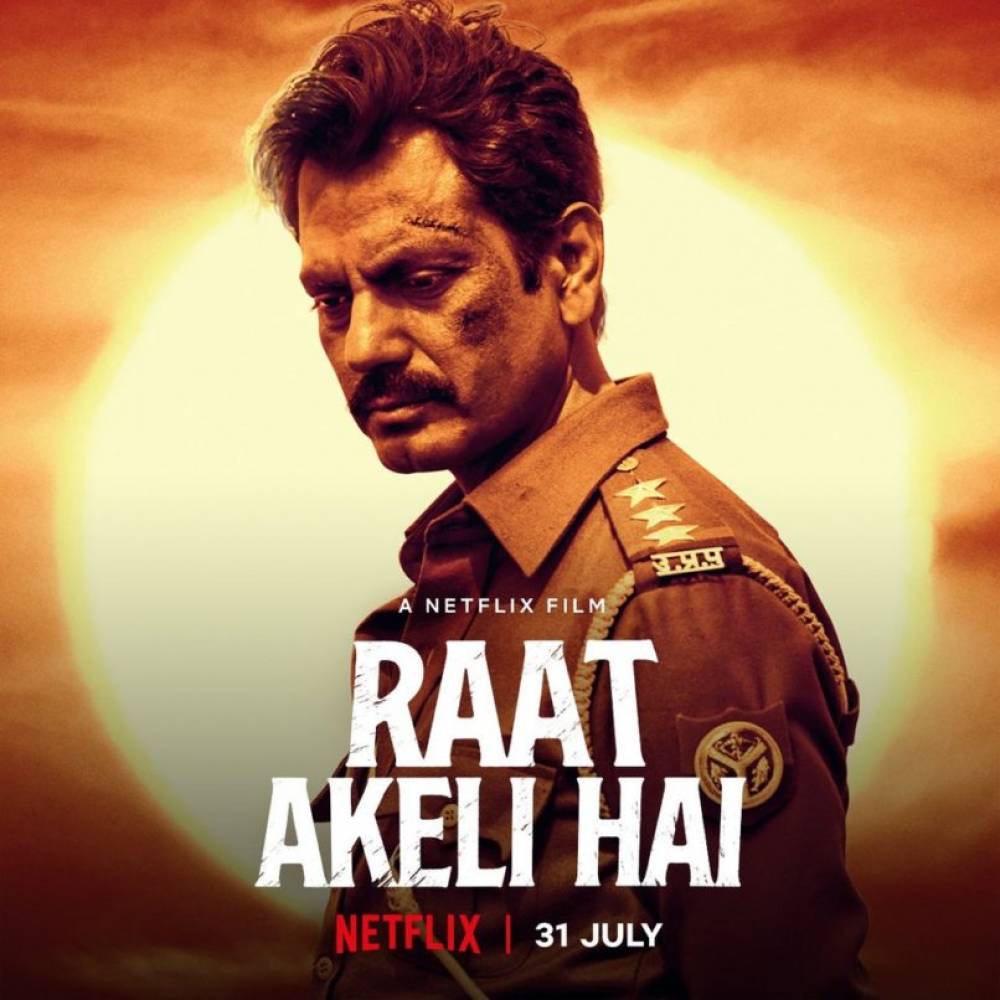 The film will be released on this day:

Radhika Apte and Nawazuddin Siddiqui's film 'Raat Akeli Hai' will be released on Netflix on July 31. In the film's trailer, there is more than one art, as well as a lot of suspense. The film has been direct by Honey Trehan and is going to see Aditya Srivastava, Shweta Tripathi, Ela Arun, Khalid Tayyaji, Shivani Raghuvanshi, and Tigmanshu Dhulia along with Nawazuddin Siddiqui and Radhika Apte.

Nawazuddin shares trailer of the film:

Radhika Apte and Nawazuddin's film Raat Akeli Hai trailer is getting a good response. Social media users are praising the trailer. Everyone is very fond of Nawazuddin's acting. Nawazuddin shared the film's trailer on Twitter account and wrote in the caption, "Remember the name, Inspector Jatil Yadav. The premiere of the night alone will be on July 31. Users are reacting to it.

Story of the movie:

If you talk about the story of the film, the story is of a family whose owner dies, but later on, it is a murder, and the murder has been done in the whole family, and nobody knows. Try to solve this murder mystery Inspector Jatil Yadav, i.e., Nawazuddin Siddiqui. That solves the case and gets entangled. Now, whether they will be able to solve the case or not, it will be known only after the film is released. The film is being released on Netflix on July 31.

Are you finding a job? Never make these mistakes during the interview

Asus ROG 3 launched in India with the most powerful processor: Know here specifications, features, and price