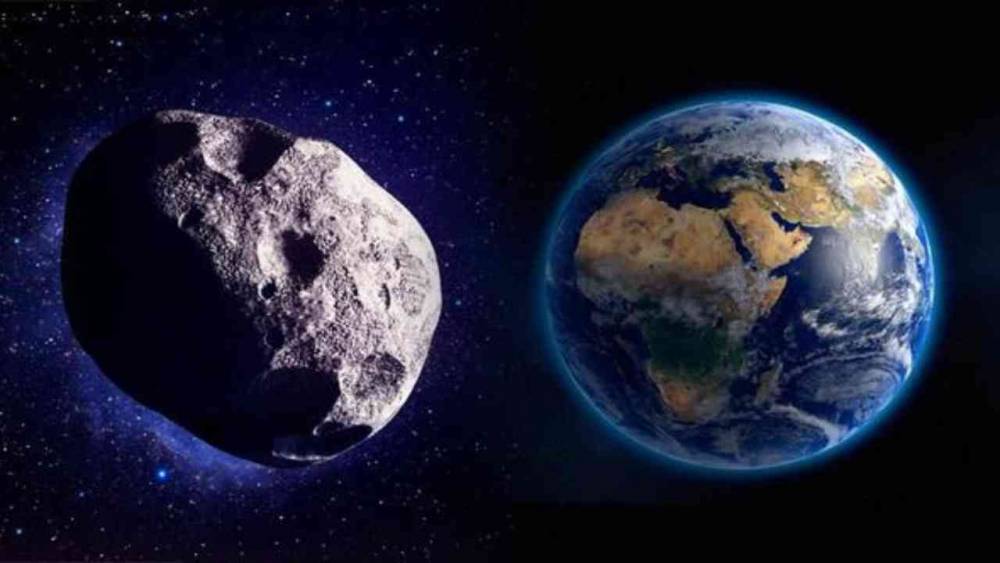 On June 6, the large rock roaming the universe will pass closer to earth. According to the US space agency NASA, the rock will continue to pass through the earth's side again and again. NASA has reported this in its asteroid watch page. According to the space agency, the 1,100-foot-large asteroid will pass through the Earth on Saturday. The distance between the earth and the body will be 31.6 million miles. It will not be possible to see it with the naked eye because what is being said to be closer in terms of the universe is 13 times more than the distance of the Earth and the moon. The body has been named 2002 NN4. It will pass at a speed of 11.15 Kmph (39,976.1 Kmph). The US time body will be at a minimum distance from the earth around 3:24 a.m. Saturday. NASA has placed this rock wandering in the universe in the category of "potentially dangerous objects" because of its size. In such a category, bodies are covered with a size of 492 feet and are covered by 46 million miles around the earth.

What are asteroids and meteorites:

Such rocks wandering in the universe are called petty bodies. These bodies will continue to wander in the universe until they collide with another body or planet. Huge pits made of such bodies collide on other planets, including earth, still exist today. Very small asteroids when they burn with friction when entering the atmosphere of the Earth or another planet, they are called meteorites. As long as the petty bodies or planets are away from the Earth, life on Earth is not threatened by them. But if such large bodies hit the earth by screaming the Earth's atmosphere, destruction is certain. According to scientists, 6.6 million years ago, a similar huge body collided with the earth. Its width was around 10 to 15 kilometers. The petty body collided at such a fast speed that the earth became a 150 km diameter crater. It is believed that the elimination of many organisms, including dinosaurs, started with the same collision. Mexico still shows evidence of that collision in the Yucatan Peninsula.

Facebook introduces photo transfer tool: Know here how to use it

How to check a smartphone SD memory card is original or fake?