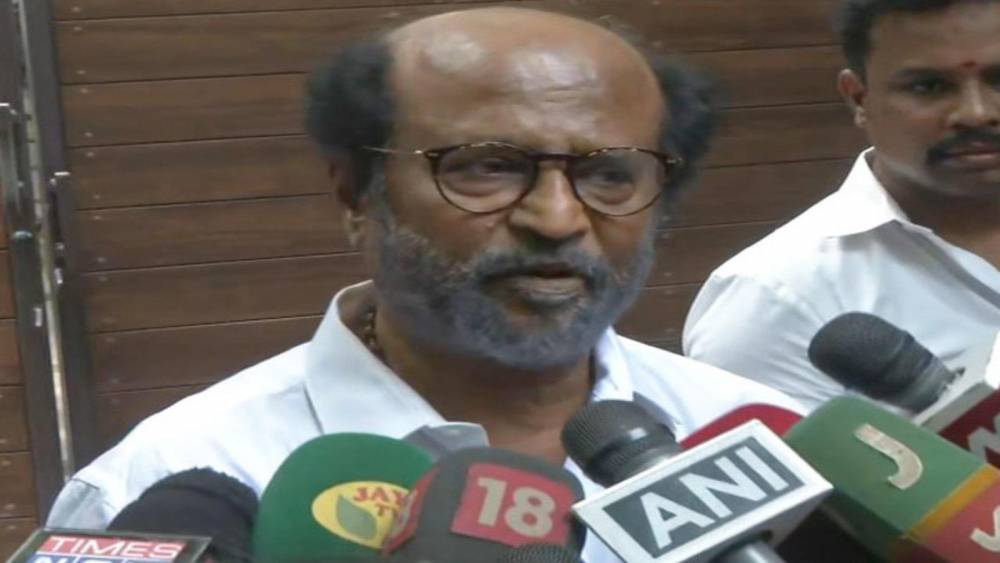 Several fans held protests near the superstar’s residence at Poes Garden in Chennai After Rajinikanth's announcement of exiting electoral politics.

On Sunday, Many protesters met at Valluvar Kottam and raised slogans such as “Vaa Thalaiva Vaa” (Come leader come), Stimulating Rajinikanth to join the political party.

He went on twitter and said, "I appreciate the protest which was done in Chennai but it was done without RMM's (Rajinikanth Makkal Mandram) permission. thank those who didn't participate in it. I've already explained why I'm not entering Politics. Please don't compel me and hurt me further."

In December, Rajinikanth said that he would start his political party in January 2021. However, the superstar changed the tables when he declared that he will be  putting an end to his future plans and described his recent hospitalisation in Hyderabad during a shoot for a Tamil film as God’s warning.

Many fans got disappointed with the decision and started to protest, demanding a re-think of his decision.