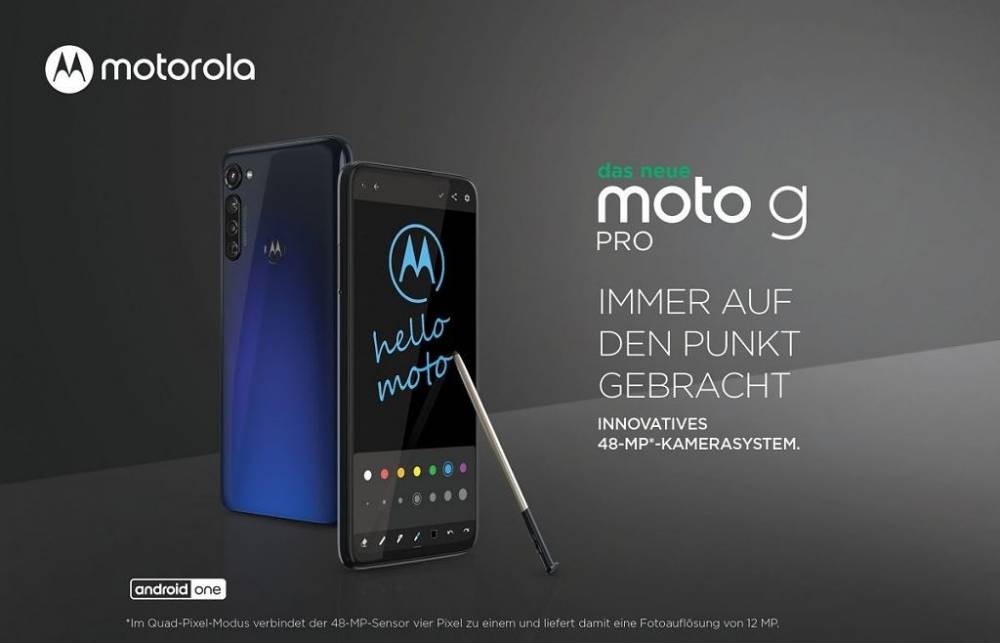 Smartphone maker Motorola has launched the G series's latest device Moto G Pro in Germany. Users have been supported by a powerful processor and HD display with this exclusive smartphone stylish. However, the company has not yet made it clear how long Moto G Pro will be introduced in other countries, including India. So let's know about the price and specifications of this smartphone in detail...

The Moto G Pro comes with a 6.4-inch Full HD Plus display, with a resolution of 1,080 x 2,300 pixels. Also, this smartphone has been supported by Qualcomm Snapdragon 665 processor. That's where this smartphone works on the Android 10 operating system.

The 4GB RAM + 128 GB storage variants of Moto G Pro are priced at EUR 329 (about Rs 27,400). This smartphone can be purchased with the Mystic Indigo color option. The sale of this smartphone will begin in the first week of June.

Motorola has features such as 4G LTE, USB port Type-C, 3.5mm audio jack, Bluetooth version 5.0, and NFC. In addition, users have got a battery of 4,000 mah with 15-watt fast charging in this Moto G Pro.

Unemployment Rising In India: Know Here Which Sectors Are Most Affected Due To Lockdown