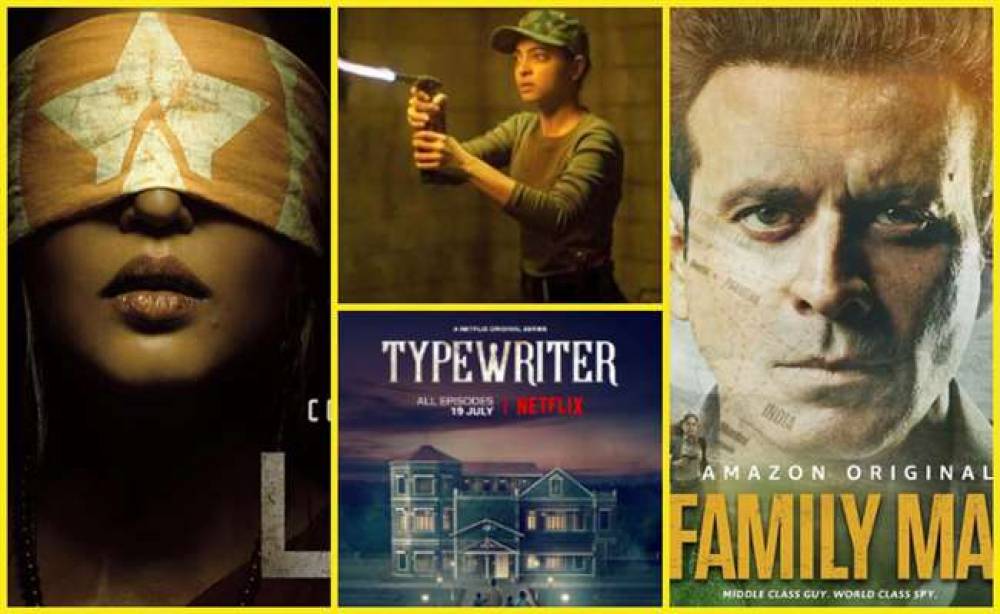 Recently Anushka Sharma created web series Paatal Lok has come to Amazon Prime. Amidst criticisms, the series is being appreciated. The lost audience in the story of Paatal Lok is now eagerly awaiting its second season. Let's know which web series are other than Paatal Lok, which is waiting for the next season's audience.

Only 3 episodes were released in the first season of the horror-thriller series of Netflix's Ghoul. The story was left at a juncture that there was a lot of curiosity in the audience about the next part. Radhika Apte starrer This series was directed by Patrick Graham.

Netflix's series was in controversies at the moment of release. People in a particular community were displeased with some of the things shown in it. Huma Qureshi played the lead role. There were 6 episodes in the first season. The audience is now eager to know whether Leila managed to kill Joshiji or not. The series was directed by Deepa Mehta.

Sujoy Ghosh directed horror series typewriter is also on the audience's waiting list. Purab Kohli, Palomi Ghosh, Jisshu Sengupta starrer, the audience's eagerness for the next season of the series is also intact. The first season of Netflix series had 5 episodes.

The next season of Asura on Voot is awaited. The story of this crime thriller is based on solving the case of serial killings. This is the digital debut of Arshad Warsi. Barun Sobti, Anupriya Goenka, and Ridhi Dogra have played an important role. 8 episodes were released in the first season.

Netflix has 2 seasons of this top-rated series. There was no plan about the third season, but the audience hopes that the next season will come, as the story is left at a juncture that is open-ended. The series of Saif Ali Khan and Nawazuddin Siddiqi was also in dispute.

KK Menon Starrer Special Ops, who came to the Hotstar, has made a place in the hearts of the audience. Now the audience is waiting for the second season of this spy series. Everyone is interested in the way the story of Himmat Singh goes.

The next season has been confirmed for these Series:

Manoj Bajpai starrer, this spy series, received a huge compliment. It is now waiting for the next season. The audience has the curiosity to learn about both the personal and professional life of Manoj's character. The next season of the series of Raj and DK directed prime started shooting. The first season had 10 episodes.

Imran Hashmi starrer has to get off the curtain from many secrets in the next season of this spy series. In particular, Imran's friend and Kuleague Sous Shah's character have increased the suspense. It is waiting for the upcoming season. It has been propagated by Shah Rukh Khan. There were 7 episodes in the first season. Was directed by Ribhu Dasgupta.

Audiences are waiting for the second season of the Prime series. Pankaj Tripathi, Ali Fazal, Divyendu Sharma, and Vikrant Massey starrer are the big fans of the series.

In the first season of the Prime series, R Madhavan and Amit Sadh played the lead roles. Abhishek Bachchan will be seen in the second season. This is the digital debut of Abhishek. The first season had eight episodes. The crime-thriller series was made direct by Mayank Sharma.

Read also: World Telecommunication and Information society Day 2020: Read here history of it and other facts

Apple iPhone SE 2020 sale will start from 20 May: Know discount offers and Specifications