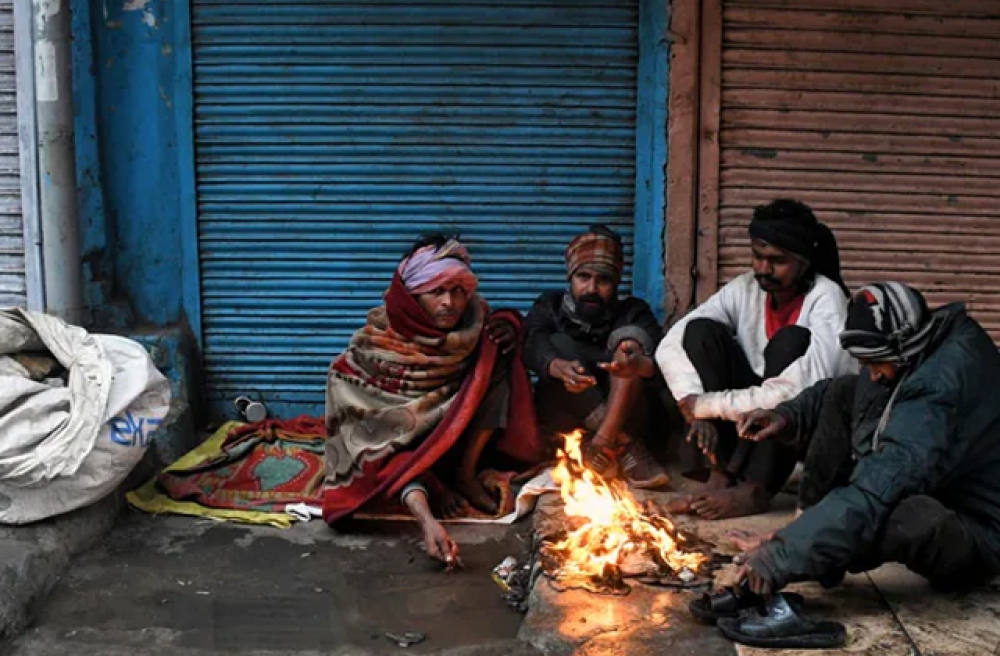 The weather service forecast a cold wave to last for several days, so Delhi and parts of North India awoke to numbing cold.

With the arrival of a cold wave, temperatures have dropped throughout Punjab, Haryana, Uttar Pradesh, Rajasthan, and Delhi over the past week.

On Sunday, the temperature in Delhi dropped to 5.3 degrees Celsius, three degrees below average, and regions of Rajasthan, Punjab, and Haryana were covered in thick fog.

The majority of these states have had minimum temperatures between 3 and 7 degrees Celsius. Reduced visibility is also noticed caused by the foggy weather had a negative impact on road and train traffic in a number of locations.

The Indian Metrological Department (Met) predicted that until December 27, there would likely be fog in regions of Rajasthan, Uttar Pradesh, Haryana, and Punjab.

As the minimum temperature in Kashmir dipped several degrees below the freezing point, the cold conditions worsened.

Kashmir is currently experiencing "Chilla-i-Kalan," the 40-day period of the hardest winter, during which a cold wave grabs the area and the temperature drops significantly, causing water bodies and water supply pipes to freeze in numerous areas of the valley.