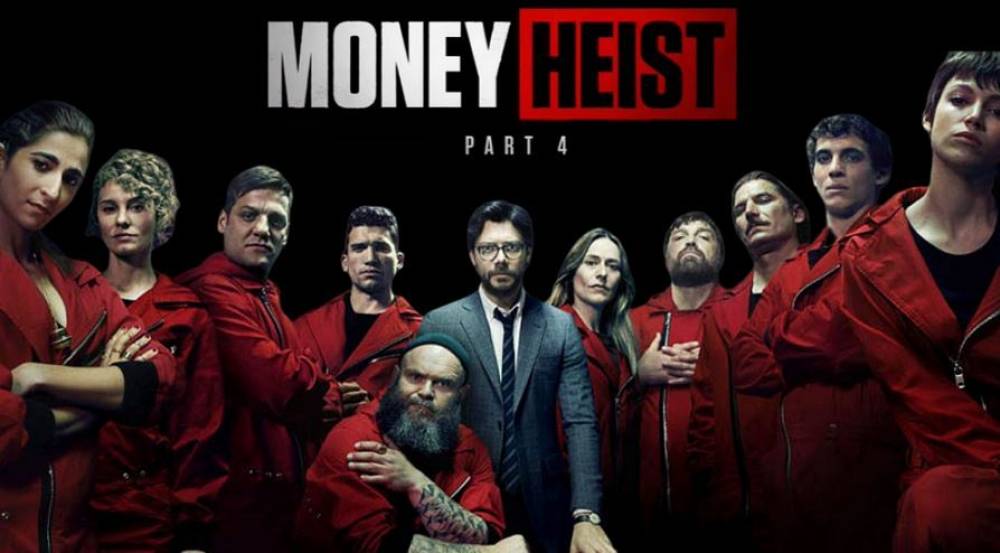 The series of Netflix that had been waiting for a long time was finally released. Season 4 of the famous Spanish TV series 'Money Heist' was streamed on Netflix on Friday, April 3. To end the season at the turn that people waited for the season, the season 4 of the series, which was mastered, was similar. There are some shocking incidents this season and some of the expectations that have been seen in the rest of the three seasons. Let's know how this web series set on the story of 'Bank of Spain' loot...

A professor who is quite sorted, principled, and intelligent. He has formed a team. The names of the team members are based on some city or the other. Such as Tokyo, Rio, Moscow, and Lisbon, etc. The professor performs the loot of the first 'Royal Mint' in remembrance of the father and in the resistance of the government. Now he wants to loot the Bank of Spain in remembrance of his brother. Spain's largest gold consignment has been placed in the Bank of Spain. The professor has money, people, and brains. The Spanish police, intelligence department, and the government are standing in front of him. You have to look at the series to find out whether he can knock all of them.

'Money Heist' is a famous series. Its characters have their own flying. It is an extraordinary moment for people to see them back. This time too, the life of the web series is its plot, acting, and suspense. In the series, you cannot predict what is going to happen the next moment. Talking about acting, Alvaro Morte, who played the role of Sergio or professor, has conjured up his voice. Darko Peric's emoji, which plays the role of Helsinki, also seems to be quite amazing. Even the new characters that have also been entered are justified. The direction of the series is also a worthy-a-compliment. Two plots are running simultaneously in the series. There is an old story and another which is declining at that time. The connectivity of the two is quite spectacular. Also, leave the end of the series at a juncture that will also make you happy and wait for the next. On the technical side, the series has proved itself every season.

Where the shortage remained

This time you don't see that much thrall compared to the last three seasons. There is a lack of a strong villain in front of the professor. However, in some episodes, the Bank of Spain's chief security officer appears to be hit. The series becomes very slow somewhere. Here you need patience as a spectator. It seems that the series has been taken up for the season. The essential characters of the first and second seasons, Arturito and Angel, seem to be non-essential this time. However, in the web series, the characters that seem non-essential this season become very important in the next season. The series fans also missing 'Bella Ciao.'

If you've seen three seasons before, you can't skip it. There is a lot to see this season. However, this is the weakest season ever. If you haven't seen a single season yet, the first and second seasons can be a must-watch for you. Then decide whether you have to see the third and fourth seasons.

Read also: Are you bored in a lockdown of coronavirus? Wanna know what do: Read here