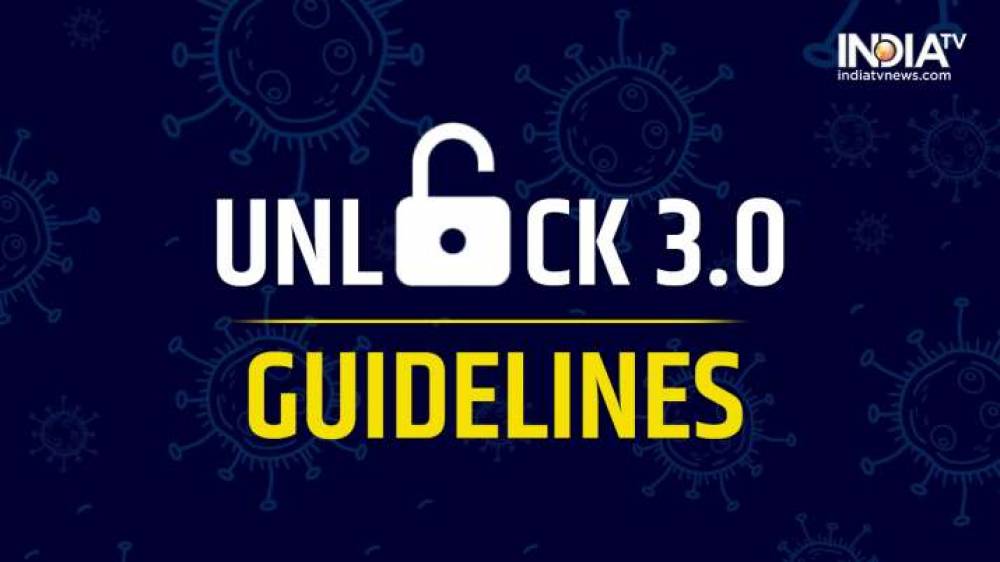 Due to the crisis of coronavirus pandemic in the country, the Modi government at the center had made a complete lockout in the country for about 2 months, but now it is not possible to lockdown in the same way as it has a significant impact on the economy of the country, so the government has taken the process of unlocking the lockdown in a phased manner. This is now being completed on July 31, and unlock-3 is going to be implemented from August 1, after unlock-1 in the country.

Even before unlock-3 in the country, the guidelines of Unlock 3 have been issued on behalf of the Ministry of Home Affairs today, and this time the guidelines have undergone a number of changes with the removal of night curfew, i.e., the ban on movement of persons during the night, which you can see here, what will open and remain closed during unlock-3 in the country.

Here are some of the guidelines of unlock-3:

Guidelines issued on what basis:

It has also been informed by the Ministry of Home Affairs that the new guidelines released today are based on feedback from States and Union Territories, extensive discussions have been held with the concerned Ministries and Departments.

The Ministry of Home Affairs gave this advice:

In the meantime, the Ministry of Home Affairs has advised more than 65 years of age, people suffering from diseases, pregnant women, and children under 10 years of age to stay at home.

Read also: Keep these precautions in mind before going gym during the pandemic

Know here what changes going to be implemented from 1st August