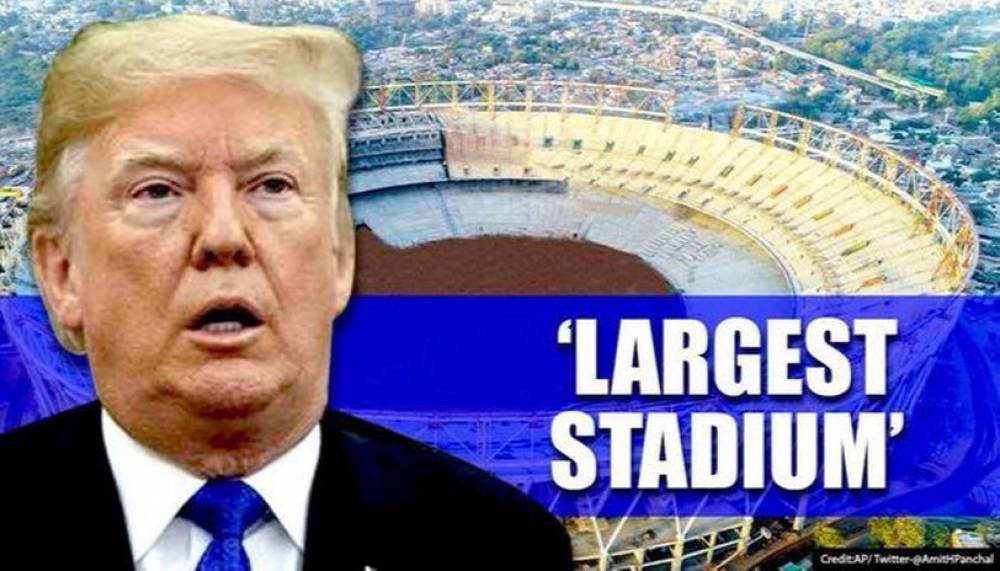 US President Donald Trump is coming to visit India. Ahmedabad's Motera Stadium has been in the limelight since the news of Trump's arrival. Sardar Patel Stadium has been re-built. On February 24, US President Trump will inaugurate the stadium in conjunction with Prime Minister Narendra Modi. Let's know what is special in this new stadium after reconstruction...

The world's largest stadium in Ahmedabad in Gujarat has almost been ready. The stadium is built in 63 acres and is reported to cost Rs. 700 crore. The stadium has a seating capacity of more than one lakh people. This year it will be fully prepared for the upcoming matches.

Here are some highlights of this stadium:

Three practice grounds, clubhouses, Olympic size swimming pools, and an indoor cricket academy have also been set up at the world's largest stadium. The structure of the stadium is such that whenever a player hits the boundary, every cricket lover sitting in the stadium could see the boundary. Parking arrangements have been made for cars and scooters. Which provides for parking of 4,000 cars and 10,000 two-wheelers. For the first time LED lights will be installed in a stadium. In addition, 75 corporate boxes have been created. Separate arrangements have been made for the entry and exit of the stadium. The metro line has also been brought near the stadium. In 2015, the stadium was completely demolished so that a new stadium could be constructed again with sophisticated facilities. At the old Motera Stadium, 53000 spectators could enjoy the cricket match together. But now when the stadium is reopened for a cricket match, more than 1 lakh spectators will be able to enjoy that match together.

When India's Prime Minister Narendra Modi visited the US, the president-in-chief Trump organized the 'Howdy Modi' program in Texas in honor of Modi. 40 thousand people participated in Modi's event. Now PM Modi wants to organize the same honor to President Trump as 'Kem Chho Trump.' The program is expected to be attended by more than 1 lakh people. Sardar Patel Stadium is the dream project of Prime Minister Narendra Modi and Home Minister Amit Shah. Modi and Shah laid the foundation of the project when Amit Shah was the president of the Gujarat Cricket Association. The reconstruction of this new stadium has cost about Rs. 700 crores. The Gujarat Cricket Association (GCA) entrusted the responsibility of constructing the new stadium to the Larsen and Toubro (L&T) company. The new stadium will provide all kinds of latest and international standard facilities for sportspersons and spectators. Facilities for parking have also already been upgraded. The paths of coming and exiting the stadium have also been facilitated to keep the people who come here relaxed.

Read also: From where, when, and by whom these games started?: Read here