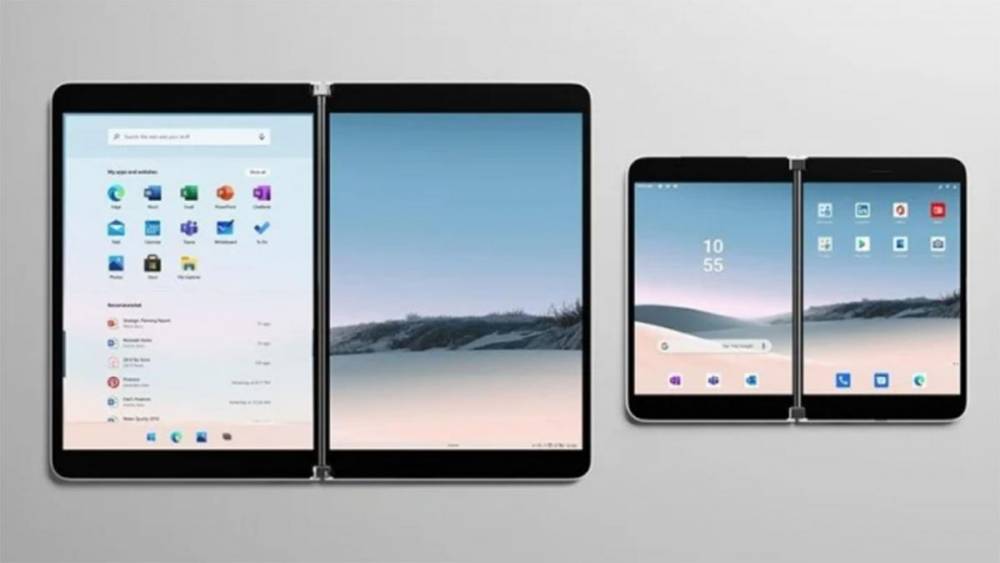 According to reports surfaced, the price of Microsoft Duo will be 1,399 dollars (about Rs 1,04600). This folding phone can be purchased from the company's official site and e-commerce site.

According to leaked reports, users will get a 5.6-inch OLED display with a resolution of 1800x1350. Which will be 8.1 inches after opening. At the same time, Corning Gorilla Glass will be given to protect the screen. In addition, this folding phone can be given an 11MP camera, which can be used for front and back.

Other features of Microsoft Surface Duo:

If we talk about other features of Microsoft Surface Duo, the company can support 4g connectivity, Qualcomm Snapdragon 855 chipset, 6 GB RAM, and 256 GB storage. In addition, this upcoming smartphone can get a battery of 3,577mAh with fast charging.

Microsoft Surface Duo will give tough competition to this phone:

Microsoft Surface Duo will hit the Samsung Galaxy fold hard. Talking about Samsung Galaxy fold, the price is Rs. 1,73999. The phone has a 7.3-inch AMOLED display with a resolution of 1536x2152 pixels. After the fold, the screen size of the phone is 4.6 inches. Also, 512 GB internal storage has been provided with 12 GB RAM for better performance. In addition, this phone has got the support of the Octa-Core processor.