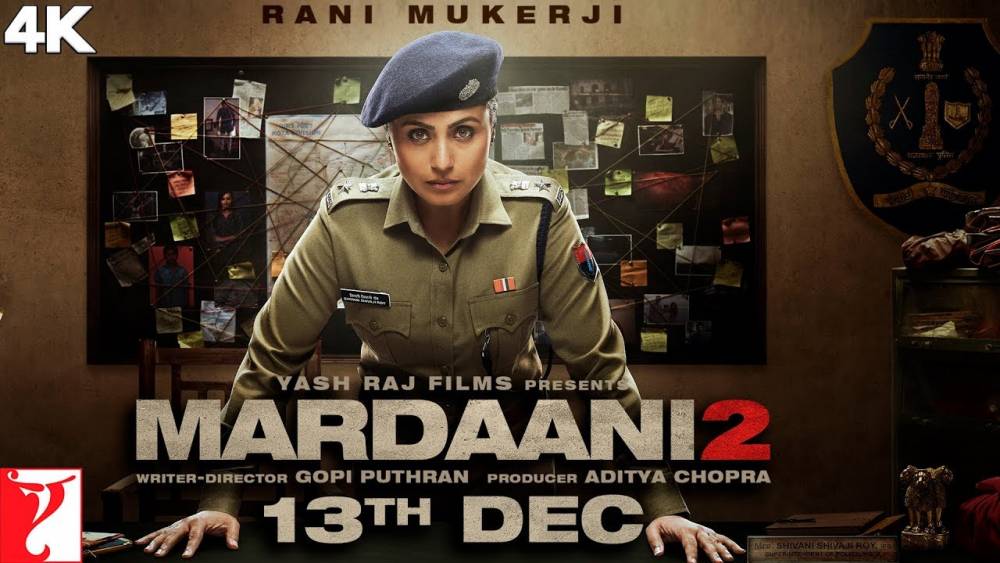 Recently, a post has been shared on the official Instagram page of Yash Raj Films giving information about the trailer of Mardaani 2 film. It is written with this post, she is back, she is unstoppable, Shivani Shivaji Roy, her search has begun.

Let me tell you that the story of Mardaani 2 is based on a real incident. The trailer shows that a girl in Kota is murdered after brutal rape. The case is given to Officer Rani Mukherjee (Shivani Shivaji Roy). To solve this complicated case and find a 21-year-old cynical criminal, Rani Mukherjee pushes her lime to the end, which also causes many effects on her personal life.

The film's trailer is looking for an astonishing action, suspense, and thriller. Talking about acting, Rani Mukherjee has played the role of a fearless police officer while demonstrating the best acting skills. This film is directed by Aditya Chopra, Rani Mukherjee along with Vishal Jethwa, Vikram Singh Chouhan is also going to play a major role. The film is going to be released on 13th December 2019. In the first part of the movie was related to the human trafficking case. In this film, Tahir Raj Bhasin played the role of villain. The second part of this film also shows a young criminal whose role is going to play a Vishal Jethwa.