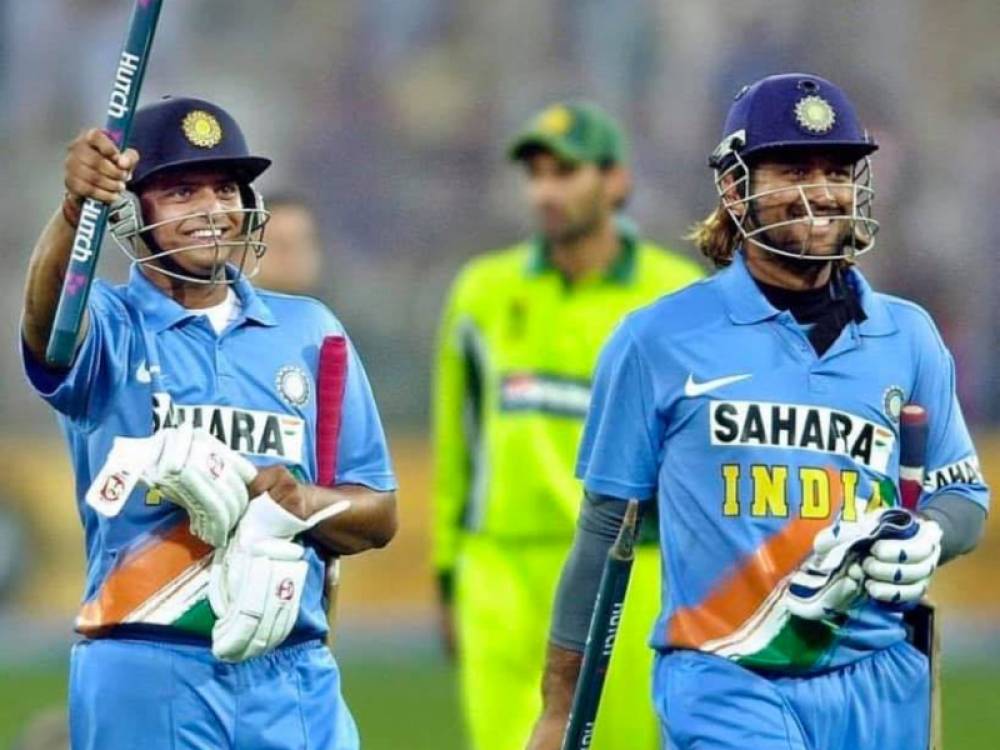 India's World Cup champion captain Mahendra Singh Dhoni retired on August 15. He announced this on social media Instagram. Through the post, Mahi thanked fans for his love and support.

'Thank you, thank you for your love. Consider me to retire from 1929 hours today. On several occasions, lt Col's ranked Mahi, who has shown respect for the army, has written the time in the army style in his post on the retirement.

As soon as Dhoni's post was released on Instagram, cricket fans worldwide were focused on Dhoni's announcement on Saturday. People were trying to know why Dhoni retired from international cricket.

Allrounder cricketer Suresh Raina, who played an important role in Dhoni's victory, also hinted at his retirement through Instagram after Dhoni's retirement post. According to his post, he is also with Dhoni on this journey. This means that they have also taken retirement from international cricket.

How much matches Raina played-

Suresh Raina represented in 18 Test matches on behalf of the Indian cricket team. He participated in a total of 78 T20 international matches with 226 ODI. Suresh Raina scored a total of 5615 runs in the one-day matches. It included five centuries. In T20 cricket, he scored 1605 runs, including a century. His Test matches' performance cannot be said to be favorable to his level as he added only 768 runs in 18 Test matches.

The post's news on the retirement of both the veteran cricketers spread to social media like a fire. If someone wished for the future, someone regretted how the stars could leave their country without a farewell match. Dhoni's world popularity graph can be understood by the fact that Mahendra Singh Dhoni was trending at the top of Twitter after Dhoni's post came. Raina was also seen in trending.

Who saluted Dhoni and how-

Captain Kohli- Indian cricket team captain Kohli also wrote in a message on social media that "what you have done for the country will always be in the hearts of all. The world saw your success, I saw you."

BCCI- On the retirement of Dhoni, BCCI has also expressed its intention in the statement that, "Dhoni is the only captain to win the three ICC trophies. His captaincy became No. 1 in the team test."

Ganguly- Board of Control for Cricket in India, president Saurabh Ganguly said in his statement that "Dhoni's renunciation is the end of an era and no leadership capacity like Dhoni."

Tendulkar- Former cricketer Sachin Tendulkar has tweeted that; "Mahendra Singh Dhoni you made a huge contribution in Indian cricket. Winning the World World Cup of 2011 is a pleasant memory of my life. Best wishes to you and your family for the second innings of life."

Ashwin- Ashwin's tweet is that legends always retire in their own style. You gave everything to the country—the joy of champions trophy, 2011 World Cup, and Chennai Super Kings' glorious victory.

Soren's demand- Mahendra Singh Dhoni's home state Jharkhand Chief Minister Hemant Soren dhoni is unhappy with such a retirement. He has demanded from the BCCI that Mahi should have a farewell match at Ranchi, which will be hosted by Jharkhand.'

If you liked this story, you must share it. Stay connected to read other similar news or sport articles on 9scroob.

The historical deal between Israel and UAE: Whom will it affect, and how?