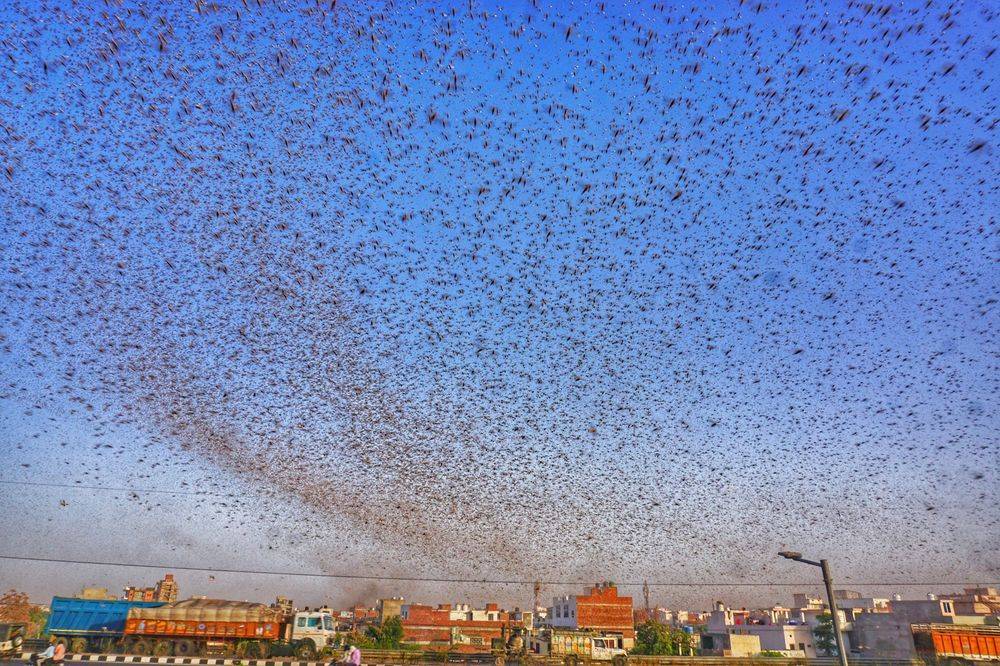 Another new problem has emerged in the country amid the Coronavirus pandemic. In fact, the locust team from Pakistan to Rajasthan has attacked several states in India. The locust's group has destroyed crops in Punjab, Rajasthan, and Madhya Pradesh. At the same time, the locust team is growing. The question arises as to where this locust team came from and how it ruins the country's crops.

A team of locusts has arrived in India via Pakistan:

Locusts have been attacked in India for the last 20 years. Last year also, it had caused huge losses in India. The biggest locusts in the country so far were attacked in the year 1993. It has been a large number of locusts in later years, but the government's promptness did not cause much damage. This time these locusts have reached India via Pakistan via Iran. First, they damaged crops in Punjab and Rajasthan, and now the group has reached Jhansi.

Locusts are the world's most dangerous pests:

The main reason for the huge breeding of locusts is the weather changes due to global warming. Experts pointed out that a female locust can lay eggs up to three times and give up to 95-158 eggs at a time. One square meter of locusts can have a thousand eggs. Their life span is three to five months. Male grasshoppers can be 60-75 mm, and female sized up to 70-90 mm.

According to the Food and Agriculture Organisation of the United Nations, the speed of desert locusts is 16-19 kilometers per hour. The wind also increases its speed. In this way, they can travel 200 km a day. According to the organization, a group spread over a square kilometer has about four crore locusts, 35,000 people a day.

This has caused the current state:

New reports on locusts say that one of the main reasons behind the increase in the number and attacks is unseasonal rains. The entire Arabian Peninsula, including India and Pakistan, has been raining unseasonally during the last year. Because of this, they spread rapidly due to moisture. According to experts, locusts increase by 20 times in the first period, 400 in the second and 1,600 times in the third.

How much damage can cause locusts:

Two months ago, when a group of locusts attacked India, standing oil seeds, cumin, and wheat crops in 1.7 lakh hectares in Gujarat and Rajasthan were damaged. Experts said, if locusts are not controlled at the earliest, the moong crop of 8,000 crore rupees could be wasted.

Experts pointed out that the best way to avoid locust attacks is control and surveillance. In addition, pesticides can be sprayed, but India lacks this facility. Similarly, the eggs of locusts can be destroyed before they flourish.

Read also: Major rule changes from June 1 in Lockdown: How is it going to affect you?

Do You Know What Roposo Is? And Why Is It Famous?