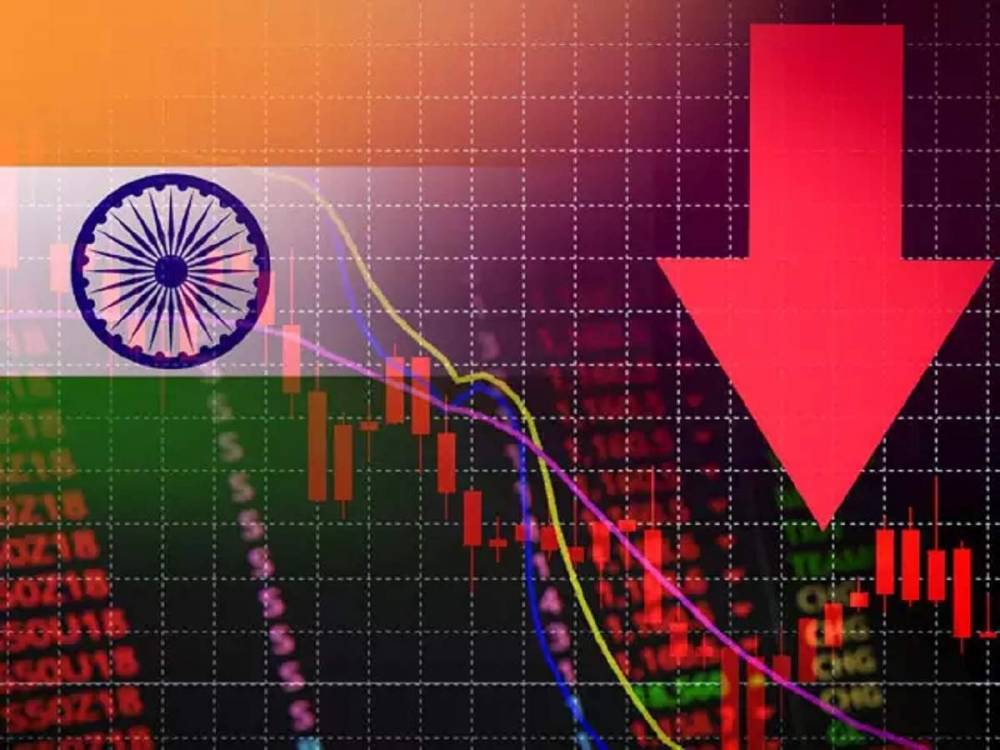 The figures also show that the economic growth rate has been declining for the last eight quarters and is likely to go down further in the April-June quarter and 2020-21. This situation can not only remove the dream of becoming a five trillion dollar economy by 2025 but will also shock the country's efforts to eradicate poverty and unemployment. According to data from the central government, the situation in the last quarter (January-March) of 2019-20 has not improved in any sector (manufacturing, construction, electricity, gas, water supply, financial services, etc.) than agriculture, mining and government administration and related services.

The manufacturing sector has declined by 1.4% as against the growth of 2.1% in the same period last year. The construction sector, which employs large scale employment, declined by 2.2% as against the 6% growth in the same period last year. In the service sector, the growth rate of services like hotels, restaurants, transport, communication has declined from 6.9% to 2.6%. The growth rate of the financial services sector has come down from 8.7% to 2.4%. The above four sectors create the highest employment opportunities. Their share in the entire economy is also continuously increasing. Agriculture has been in a better position, with a growth rate of 5.9% in January-March 2020, better than the 1.6% recorded in January-March 2019. With the release of these figures, it has also been stated that all the data has not yet been mobilized due to The Covid-19, so it will be further amended.

No effect of government efforts:

The report on the direction and condition of the economy raises some serious questions about the existing economic policy. For instance, for 2019-20, the government and the RBI had set a target of achieving a growth rate of seven percent. Two months after presenting the full budget in July 2019, the finance minister had made several announcements to address the slowdown in September 2019. The historic step of reducing corporate tax was also taken, and GST rates on hundreds of products were reduced. A huge investment in the infrastructure sector has been announced. Nevertheless, the quarterly growth rate's decline shows that these steps did not have a significant impact. There are already questions about how the government is raising economic data.

The future crisis is bigger:

Now that most of the economy is closed for nearly two months due to COVID-19, the economy may be sluggish. No government agency has set any target of economic growth rate for 2020-21 so far. While presenting the budget, the finance minister had talked about a 10% nominal growth rate, which can be called a big target in the current situation as it has been just 6.8 percent as per the data released on Friday. Data from the Ministry of Commerce on Friday shows that eight major industries have registered a decline of 38% during April 2020. However, India can be satisfied that its economic situation remains better than China so far. China's economy declined by 6.8% in January-March 20.

Read also: How Much India Is Prepared For Online Education? Know Here All About It

World No Tobacco Day 2020: Know Here History and Theme Of It