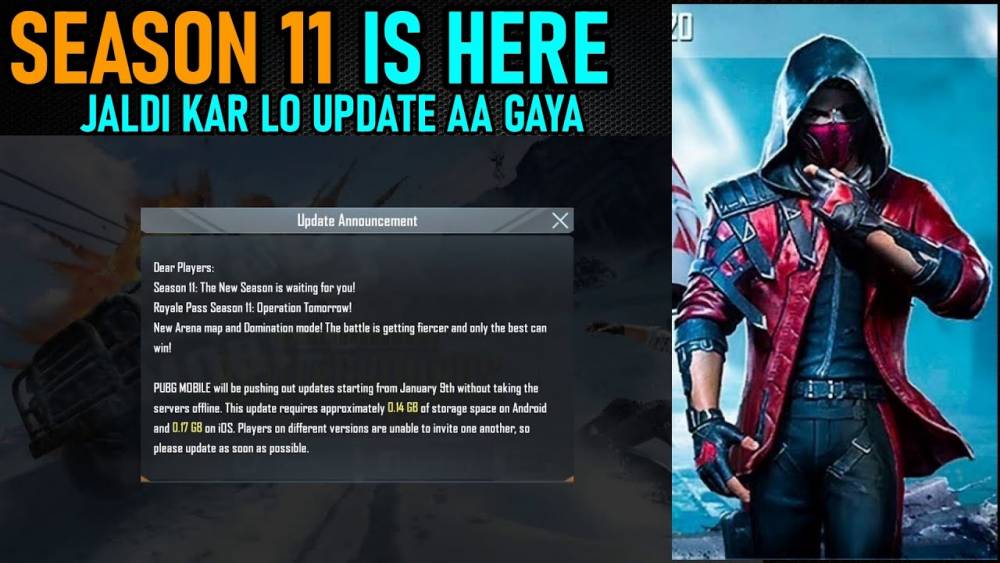 PUBG Mobile has started rolling out its new update 0.16.5. The latest update will provide many other new features, including domination game mode, new Arena map, a new vehicle, Royale Pass Season 11. The new update can be installed from the Apple App Store and the Google Play Store. The company has also made a tweet from its half-time Twitter account. The company has tweeted that the new update of PUBG MOBILE will be rolled out from 9th January. Royale Pass Season 11 will also be made available. There is also no downtime for this. This update in Android is of 0.14 GB and is 0.17 GB in iOS.

Players will be able to go to the Arena map through the new domination mode. Here they will be assigned to either the blue or red team for the 4v4 battle. Initially, a random base will be activated. When the game is activated, and a team finishes the first base, the next base will be activated. Players will be able to run the new vehicle in classic mode. It will be faster and more efficient than ever before. But it can be easily damaged by the enemy. It has a new multi-option mission in the team arena, payload mode. Also, mission guides and displays have been made to be an improvement.

The PUBG Mobile team has reported that there are altogether 3 bases. Whichever team will capture 2 base first, it will win. In addition, Super Weapon Crates will also be provided, which will help eliminate enemies. New gameplay modes and new maps will be given in the latest update. Royale Pass Season 11 will also be made available.