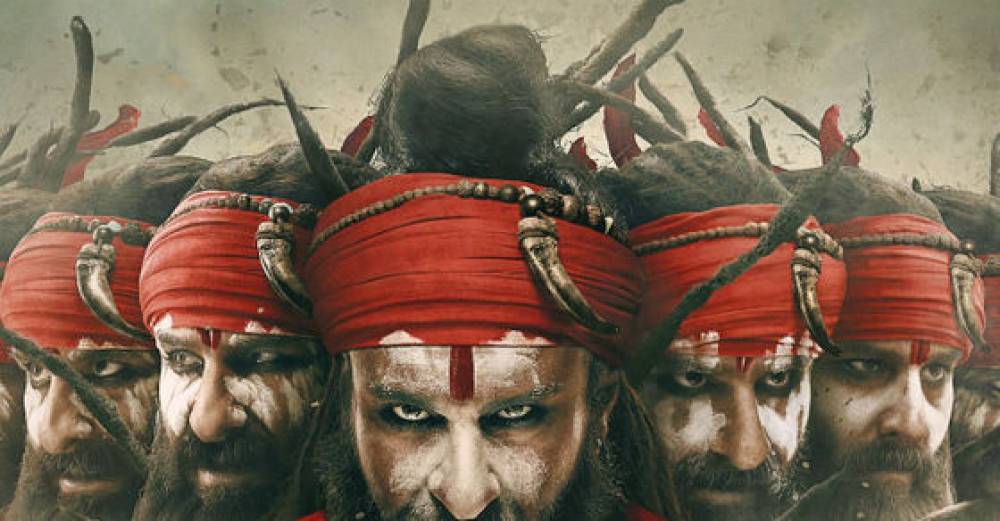 Saif Ali Kahn's film Laal Kaptaan was released on this Friday. In this film, he is playing the role of Naga Sadhu, who roams in the desert of Rajasthan for revenge. The film's trailers further increased the audience's curiosity about the Laal Kaptaan. Saif had never played a such character ever before. If you are planning to watch Laal Kaptaan, then read the review before leaving for theaters.

Laal Kaptaan is a story of revenge based in the 18th century. When the Mughals and other royal families were losing their power and possessions, and the British Raj was rising in India. Between this, a Naga Sadhu goes out to hunt the Rahmat Khan so that he can take his revenge from him, which is 20 years old.

The film is set in the late 18th century, 25 years after the great Battle of Buxar of 1764, when the British continued to establish their roots in India. Marathe, Ruhelkhandi, Nawab were all fighting to each other. There was chaos everywhere. At the same time, a one-man army like Naga Sadhu (Saif Ali Khan), known as Gosai, has been looking for a cruel, deceitful, and opportunistic ruler Rahmat Kahn for years. The motive of Gosai's life to take revenge on Rahmat Khan. Flashback reveals that a child and his father were hanged because of Rahmat Khan. It is not difficult to guess that the child is Saif, and from here, confusion arises that when, as a child, he was hanged, then how he is still alive. There are so many questions in this movie for those answers. You have to watch it on your own as for why does Gosai not kill Rahmat when he had a chance.

If we talk about direction and screenplay, the director of this film Navdeep Singh has given many great films earlier, and Laal Kaptaan's story is also good. But the film also has many flaws. The length of the film is a bit disappointing. It does not have such depth and twists, which makes it a little dull. Its editing could be significantly improved, and the film could be shortened by about half an hour. Lack of good editing has had an impact on its screenplay, as well. It was very weak in terms of execution.

Saif's acting was worth watching. For the last few years, Saif has started experimenting with his films and is choosing different roles. Saif has done a lot of hard work for the Laal Kaptaan, and his effort for this role is clearly visible on the screen. Deepak Dobriyal also played an interesting character in the film. In this film, his character is given a slightly witty touch, which is set on him. Manav Vij played the role of Rahmat Khan. He was the main villain, so his character needed more established in the movie.

Laal Kaptaan's cinematography was extremely tremendous, and its background score keeps you wholly tied. The action scenes in this film are also good.