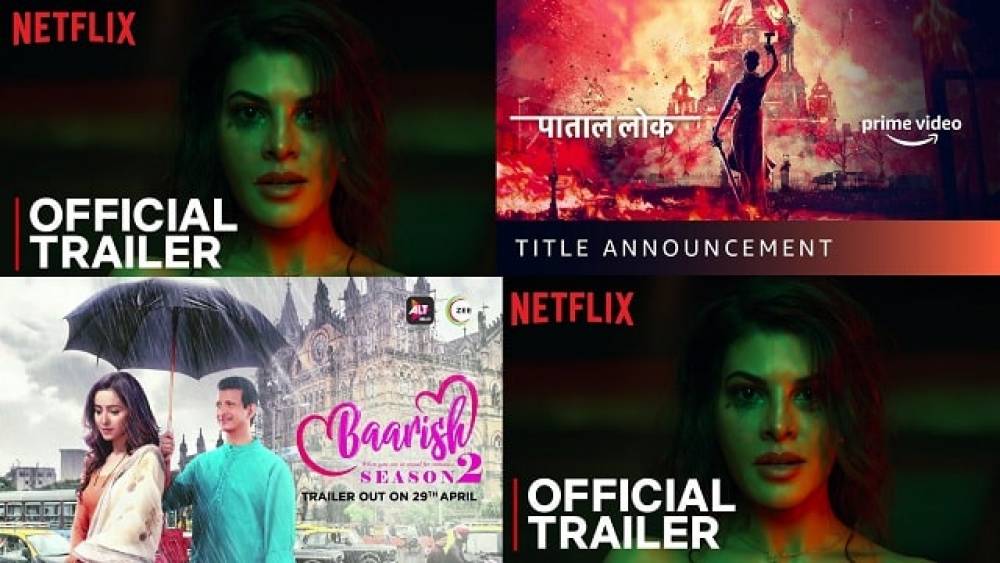 Everything in the lockdown has almost subsided. But even at this time, people's entertainment is being taken care of. Online streaming platforms are coming from their box with some new content, one after the other. Some new movies, some new web series. Let's know what is waiting for you in the days to come...

A steamed film is going to come on Netflix. Manoj Bajpai and Jacqueline Fernandez starrer film 'Mrs. Serial Killer' will be premiered before the lockdown ends. Shirish Kunder directed the film will be released on Netflix on May one. Viewers would like to see Manoj Bajpai once again on the OTT platform.

Actor Sharman Joshi, who has been acting brilliantly in films like 3 Idiots and Mission Mangal, has been very active on OTT platforms for some time now. He is continuously looking at the web series. One such series is Baarish. The first season of Baarish released on Zee5 was very much liked. The second season is now ready to be released. It will be streamed on May 6.

Anushka Sharma is also working as a producer with acting nowadays. Under her production house, the web series Paatal Lok has been made. The series will be released on Amazon Prime Video, adorned with stars like Neeraj Kabi, Gul Panag, and Jaideep Ahlavat. The date of May 15 has been selected for release.

These series continue to be shine

Apart from these series and films, some more new projects have recently been released on OTT. They are also gathering a lot of headlines. It has Netflix's film Extraction and web series Hasmukh. Both of them have been released in the same lockdown period. Panchayat and Four More Shots on Amazon Prime Video have also been released in the meantime. Hotstar Lara Dutta starrer Hundred has been launched.

Read also: PUBG Mobile 0.18.0 update confirmed to release on May 7: Read here about new updates it

How Virtual Travel can be helpful for you in lockdown: Read how to use it

How Facebook tracking your on and off activity: Read here how you can turn it off