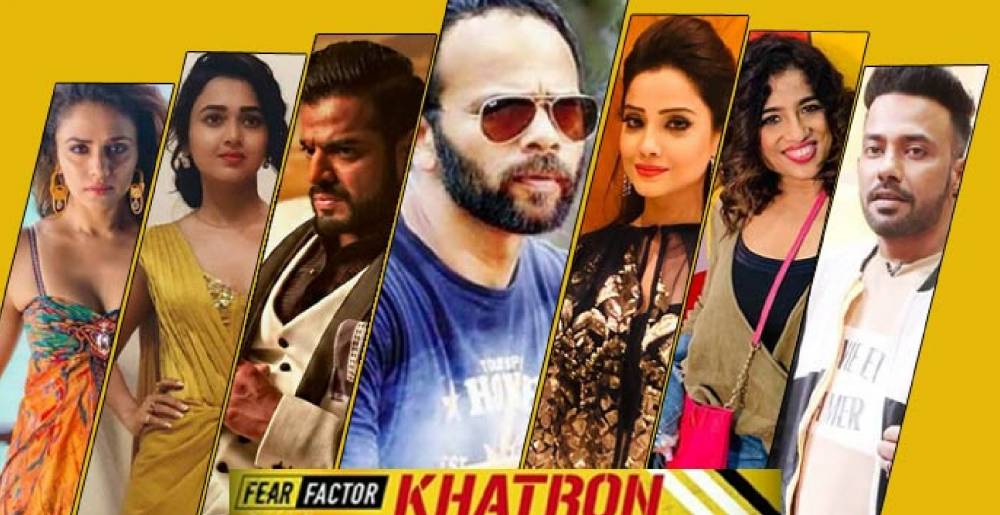 The 10th season of 'Khatron Ke Khiladi' is more threatening and thriller than the earlier season. Seeing the tasks Rohit Shetty is giving to the contestants this time, the audience sitting at home are also sweating. Because of this, there is often a bubble in the show. Recently, the show's contestant Shivin Narang sat cheating during a task, after which Rohit Shetty erupted. In the last episode, Rohit Shetty gave a task. Five contestants were locked in a bunker. Tear gas was released inside the bunker. During this time, no contestants were to cover their eyes and mouth. The one who sits inside the bunker for the longest time will win. However, there was no time restriction. This task was performed by Adaa Khan, Dharmesh, Karan Patel, Shivin Narang, and Balraj.

All the Contestants got scared seeing the task. Balraj comes out of the bunker in a few minutes. Karan and Dharmesh, too, could not last long and came out soon. In the end, Ada and Shivin left. During this, both the players tried to cover their eyes, on which Rohit Shetty gave them a warning. But Shivin ignored Rohit's advice. Shivin kept trying to cover his mouth continuously. Angered by this, Rohit Shetty expelled him. These tasks won Adaa, but Shivin got annoyed. He also refused to seek help. All the boys who lost the task got a tear noose. Shivin's health deteriorated due to tear gas, and he was rushed to the hospital. Malishka performed in her place in the elimination stunt.

Tejaswi Prakash in Khatron Ke Khiladi 10 is one such contestant who is performing quite well. She is giving a fierce competition to the contestants. Host Rohit Shetty is also winning the hearts of the audience with her performance. The fun between the two remains worth seeing. But now it seems that the relationship between the two is deteriorating. There has come a time in the show when Rohit Shetty is furious at Tejashwi and has angrily advised him to stay within his limits. A promo video of the show has surfaced in which Rohit Shetty is looking to get angry at the stunning. In fact, the remarkable, accusing Rohit, says he is a little dearly dealt with Amruta Khanvilkar. However, it is a bit funny, but Rohit Shetty becomes a little dangerous to hear this and says that I have not come here because of a shortcut. I have worked hard for whatever I am today. Stay in your limits stunning, or else the show will be made out.

Read also: Mujhse Shaadi Karoge: How wild-card entries gonna change this show and who they are, know here