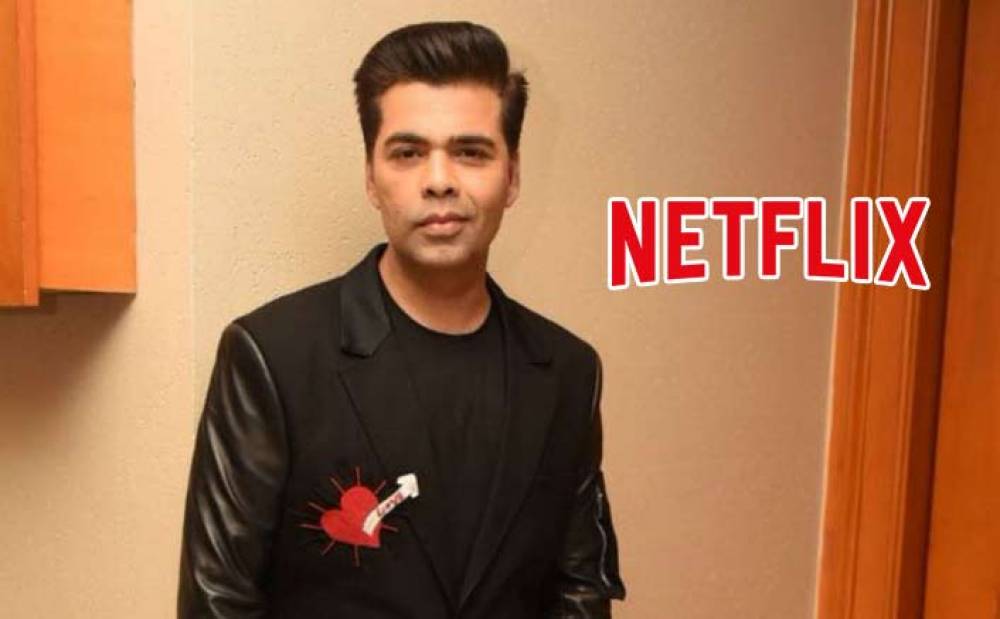 The Indian producer, director, and a multi-hyphenate personality – Karan Johar doesn’t seem to lag when it comes to pumping up the audience with announcements and conjectures. However, the latest buzz of the town has left viewers with utmost exhilaration and euphoria.

Over the years, there’s no shaking the fact that Mr. Johar has bagged the stature of a multi- faceted personality, courtesy to his Bollywood endeavors. Not showing any signs of pausing or slowing down, the well-acclaimed producer has now pronounced his collaboration with the online streaming giant – Netflix.

With his lately developed digital content studio, Dharmatic Entertainment, the KJo of Bollywood lanes has signed an enchanting deal with the Indian franchise of Netflix. Though, this alliance wouldn’t be said as a newly-formed one, since both the parties have worked together in the past on the title – Lust Stories.

But, now, Karan Johar is stepping into a partnership with this OTT platform. Of course, the new- aged director is thrilled with the association and all of the happiness could be deciphered through the tweet he did on Twitter-

“@NetflixIndia is about to get @Dharmatic..! So excited about our exclusive collaboration with NETFLIX! We are creatively aligned to produce original feature films &amp; series (fiction &amp; nonfiction)…. It’s going to be P.H.A.T!”

And, by the last abbreviation, Mr. Johar meant Pretty, Hot, And Tempting. Along with that tweet, a 38-second video was also shared, delineating how the forthcoming project is going to be P.H.A.T.

So, now the question arises – “Will Mr. Johar would be able to maintain the dignified standard that Netflix content has? Or, is it going to be just another venture where he will experiment and accrue mixed or somewhat negative reviews?”

All of these and more questions will only be answered once P.H.A.T stories are ready for live streaming. Till then, keep guessing!