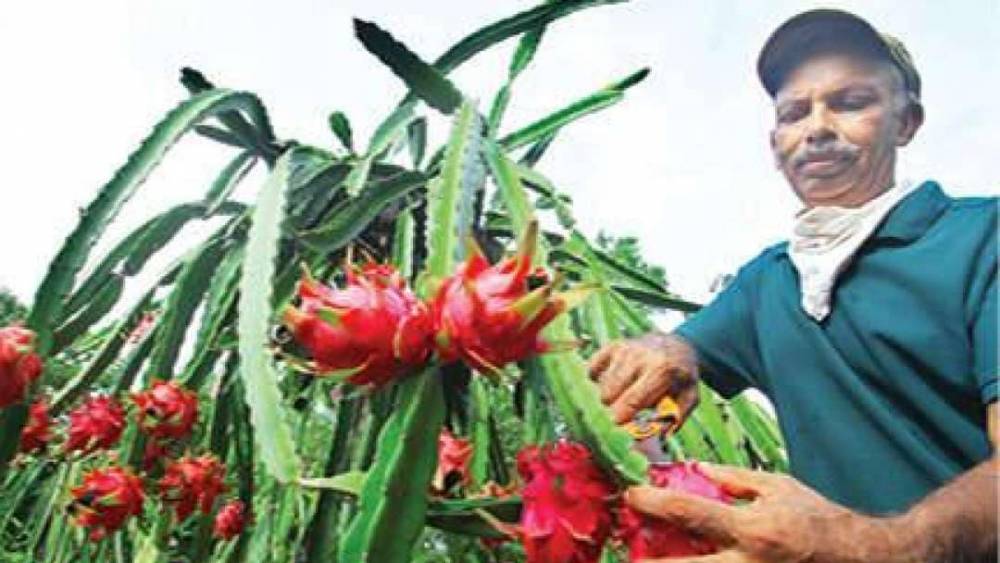 The BJP symbol is a lotus which means “Kalam” in Hindi.

But, why is it so important to rename dragon fruit as “Kamalam”?

They said that in no time BJP might start asking people to call Hindustan as “Kamalastan”.

They believe that BJP is branding itself on fruits and this time it's Dragon Fruit. NCP Chief Spokesperson said that it makes no sense to rename dragon fruit to “kamalam”. It is a clear act of branding BJP.

Reacting to it, Tapase said, "The BJP has now started branding itself on fruits also. We fear that the time may be not far when they would start addressing Hindustan as Kamalastan."

Gujarat Chief Minister Vijay Rupani on Tuesday said that they decided to rename dragon fruit because It is largely grown in Kutch, Navsari and Saurashtra. There is nothing political in it. People usually think that dragon fruit belongs to China because of the word”dragon” in it.

Rupani said that they have filed a patent to rename dragon fruit as “kamalam” because even farmers say it looks like lotu, so renaming it is an important thing to do.