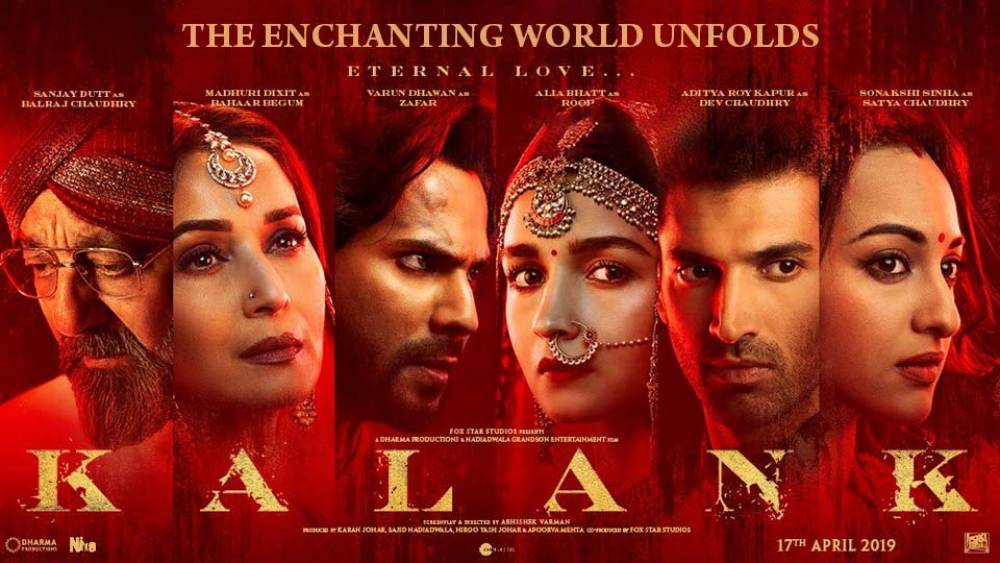 The teaser for the most awaited Kalank has finally been released. It is the 2-minute teaser that offer expanse, opulence and scale. We will be able to see striking visuals, massive sets, turbulent love story, and lavish landscapes that appears and centred on Varun Dhawan and Alia Bhatt.

Abhishek Varman’s ‘Kalank’ is the most foreseen films of this year and the makers are creating much-needed hype around this multi-starrer film with the character posters of songs and actors from the film. The song ‘Ghar More Pardesiya’ presenting Alia Bhatt and Madhuri Dixit-Nene has been well-received by the audience. Madhuri’s fans are reportedly been demanding another song track where they can feast their eyes showing off the actress dance moves.

And if reports are to be trusted, the film is planning to have a complete dance track featured on the beauty queen Madhuri Dixit to fulfil the wishes of her fans and masses. However, details are are yet to be revealed.

A lot of people are asking Alia Bhatt and Varun Dhawan and other star cast and crew members for release date and first look of the film. Varun took to Twitter and posted a tweet, "Its coming soon I promise''. The team has recently wrapped up the shoot. The movie has been produced by Karan Johar, Sajid Nadiadwala, and Fox Star Studios. The film has been shot extensively in Hyderabad. Mumbai, Chanderi and Kargil.

You can further watch the upcoming movie reviews of Kalank that is releasing on April 19, 2019. Hence, you can pre-book the tickets of this movie. This movie contains all the Bollywood drama and masala. We hope that you will like this movie with your family members, friends and loved ones.