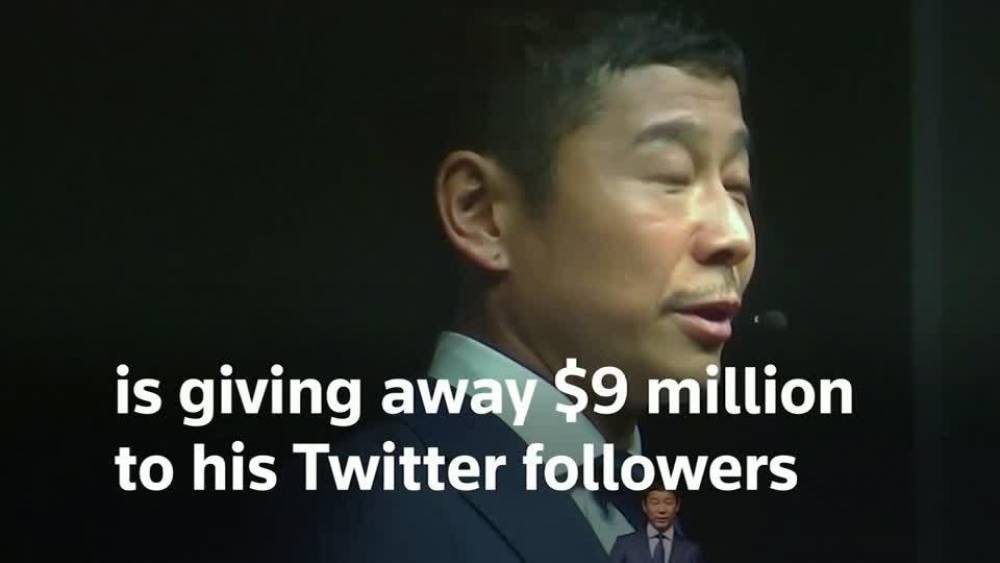 Japanese billionaire and owner of a fashion company, Yusaku Maezawa, is going to share an amount of $9 million (Rs 65 crore) to the people who follow them on Twitter. Yusaku Maezawa described it as a social experiment that would tell whether the money would really increase the happiness of the people. Maezawa would choose 1,000 people from its followers for this experiment. Yusaku Maezawa will give an amount of 10 lakh yen (i.e., 9,000 dollars) in Japanese currency to the selected followers. For this, he made a tweet on January 1 and will get this amount for one thousand people who retweeted it. Billionaire businessmen want to know how and how this money will affect the lives of each one of them. They would be traced through surveys at regular intervals.

In a video posted on the YouTube channel, Maezawa expressed hope that it would also interest academic experts and economists, terming it as a "serious social experiment." He sees it by linking it to the basic income idea. "Basic income means a regular minimum amount that gives a sense of security, but what they are giving is totally different," said senior Japanese economist Toshihiro Nagahama. Yusaku Maezawa is the same person who will be the first private passenger in the world to sit in the Space-X aircraft of Elon Musk and circling the moon. They spend the most on artifacts and sports cars. The 44-year-old Maezawa had made 70 lakh followers on Twitter by expressing sentiments on social media, apart from actress girlfriends. Maezawa's personal property is about two billion dollars.

I have free time to share money and money, Maezawa said. He also said, "I believe that basic income should be envisaged by the citizens to pay a certain amount in lieu of any work. That is why I look at this experiment with the basic income idea."