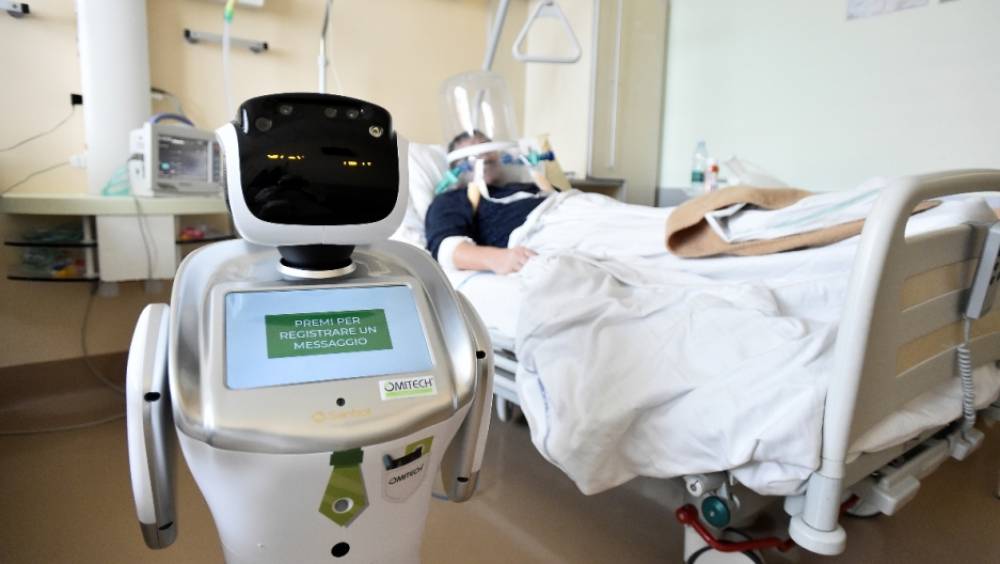 In fact, Japan has turned out to be a way of working with robots to prevent coronavirus infection spread. Japan has started using robots to serve food in hotels. The Tokyo Metropolitan Government unveiled the robot. These robots will currently be used in two hotels. Hotels that will accommodate patients infected with the coronavirus. This will reduce the risk of corona spread.

According to the Tokyo government, "Japan has an advanced technology robot, and now we will be used in the Corona patients ' hotel so that the rest are safe and fun. 2 robots will be used in this method. Which have been prepared with artificial intelligence and also have QR codes. That has been designed to do the following.

A robot is designed to assist, connect, and share knowledge with patients. The second robot has been designed to take care of cleanliness altogether. It is also able to map a whole floor after a thorough cleaning.

Kiyota Kane of SoftBank Robotics has pointed out that the use of these robots to keep cleanliness and other works also reduces the risk of corona infection. The robot will reduce the anxiety of people infected with the disease. No one is allowed to meet the patients. The robot will also ask for their recent moves. We are trying to keep people happy with robots. Recently, Denmark has prepared a robot and a surefire way to save the warriors.

In fact, the world's first automatic robot has been developed by the University of Southern Denmark in Denmark. This is not only able to test the coronavirus alone, but can also protect the number of health workers from being affected by these patients. Yes, now the patients suffering from corona in Denmark will be treated by the same robot.

The robot has been designed to do the whole work from testing to the swab test by taking samples to check the blood of the corona virus-infected patient without any help. He said, to test the swab, a long earbud-like swab inside the nose or throat has to be sampled, and the risk of being infected with the highest corona is considered necessary to test the test corona.

This robot is designed with the help of 3d printers. These robots can work for hours without stopping like other normal robots. It is able to test the corona like a common docker. The robot can take samples by putting a swab in the mouth of the patient sitting in front of him. At the same time, after taking the sample, it puts the swab in the test tube and closes it with a lid.

You can avail many services online from your Aadhaar Card