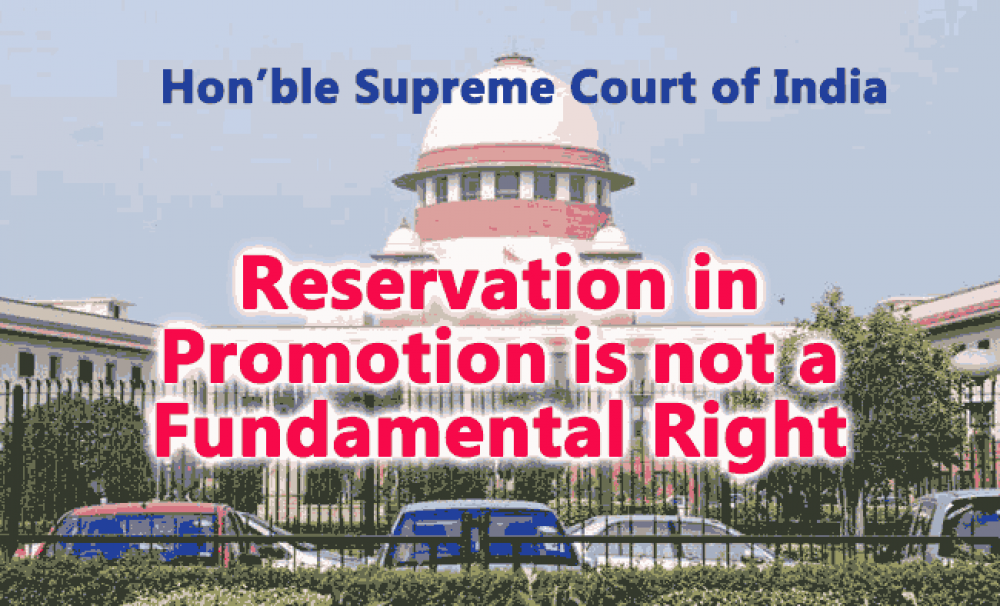 Later, the High Court reviewed its own judgment and directed the state government to collect data on the inadequacy of representation of SC and ST officers in various services of the State Government. The High Court had said that based on these figures, the state government will be able to decide whether to provide a reservation or not. The High Court judgment was challenged in the Supreme Court, and the Supreme Court's verdict came the same in this case. The court said, the government can take a decision on whether to provide reservation in recruitment in public services, and it cannot be forced to provide reservation. The decision has raised questions over the basic constitutional provision of reservation.

On Monday, February 10, the Supreme Court's decision was debated in Parliament in which opposition parties objected to the decision and held the central government responsible for it. The Congress alleged that the entire BJP-RSS mindset is to abolish the reservation. The RJD has urged the government if the NDA government at the Center did not take any steps against the Supreme Court order. The central government is currently taking precautions on the issue. In a statement in the Lok Sabha on the matter, Social Justice Minister Thaawarchand Gehlot only said that the Government of India will take appropriate steps. This is not the first time in the last six years that the original existence of reservations has been debated. Even before that, the government and opposition parties have come face to face on reservations, either by any move by the government or because of a Supreme Court justice. Further, it has to be seen whether the Central Government files a petition against the Supreme Court order.

Read also: A laborer from Kerala has become a millionaire overnight after failing to get a loan