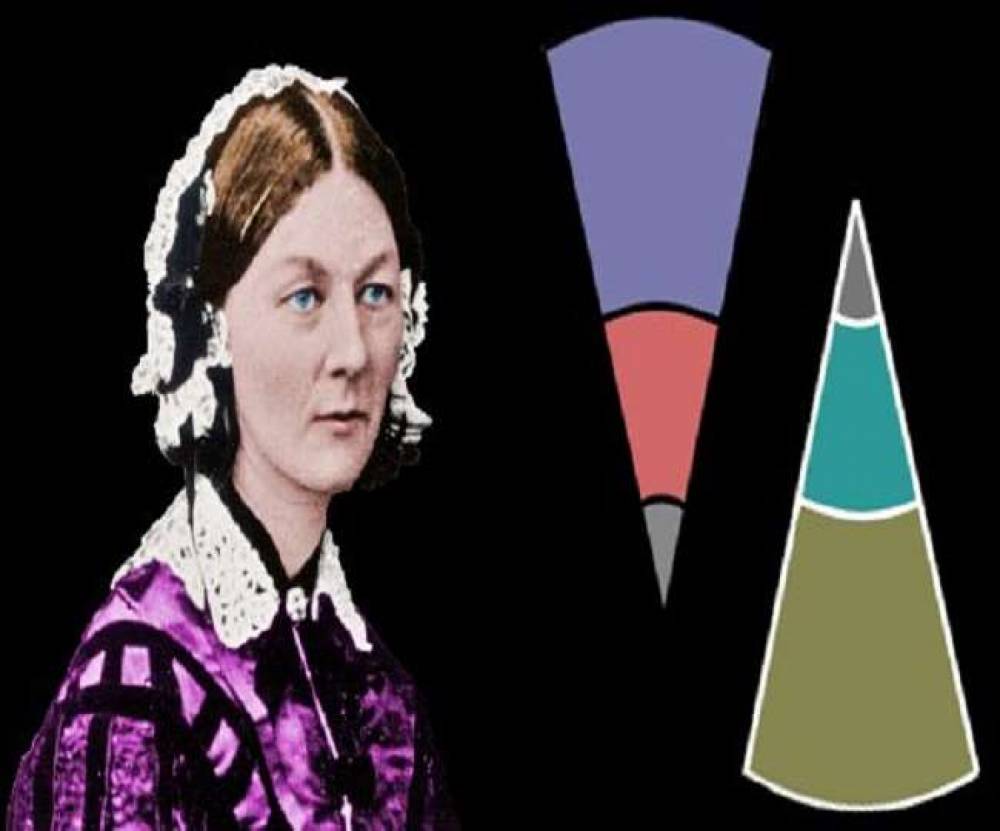 Born to William Nightingale and Feni's home in Florence, Italy, on May 12, 1820, Florence Nightingale grew up in England. Florence of the wealthy family realized at the age of 16 that she was born for service. Florence wanted to become a nurse who studied mathematics, science, and history. She wanted to help the patients, the poor, and the victims. The wealthy father, William, was against the will of Florence because nursing was not considered a respectable profession at that time. The hospitals were also dirty, and the sick were so scary. Florence took her own stubbornness of service and started nursing in the year 1851. In 1853, she opened a women's hospital in London.

In the year 1854, when the Battle of Crimea took off, British troops were sent to fight in Crimea, south of Russia. The Battle of Britain, France, and Turkey were from Russia. Florence arrived there with nurses when the soldiers were reported to have been injured and killed by the war. There were terrible situations. Dirt, odor, lack of equipment, beds, drinking water, etc., spread disease very fast and died of infection of soldiers. Florence took note of the patients' bathing, eating, dressing of wounds, etc., with the improvement of hospital conditions. The condition of the soldiers improved considerably.

Lady with the lamp emerged as a heroine:

In the war period, Florence Nightingale made one day and night in the care of injured and sick soldiers. At night, when everyone was sleeping, she went to the soldiers and saw that they had no difficulty. She was engaged in service to make the soldiers sleep comfortably. On behalf of the soldiers, they also wrote Florence letters to their family members. She took a lantern in his hand at night to see the patients, and that is why the soldiers respectfully and lovingly called them 'lady with lamps.' In the year 1856, she returned after the war, and his name became famous. The news was published in the newspapers, and Florence, who emerged as a heroine, wrote a letter to Queen Victoria thanking her. In September 1856 this year, Queen Victoria also met her, and after the discussion, large-scale improvement in the military medical system was possible. The army started imparting training to doctors. The cleanliness of hospitals began to be taken care of. The soldiers were provided with better food, clothing, and care facilities.

The Nightingale Training School for Nurses was opened in the year 1860 at St. Thomas Hospital in London, where nurses were given better training. Florence's service was such that nursing was considered a respectable career for women wishing to work outside the house. Florence Nightingale passed away on August 13, 1919. In his honor, she was started celebrating World Nursing Day, the World Nurses Day, on his birthday. Nurses who contribute better in this field on the occasion of Nursing Day are honored with the Florence Nightingale Award.

Read also: National Technology Day: Read here History of It and Why it is celebrated on 11 May