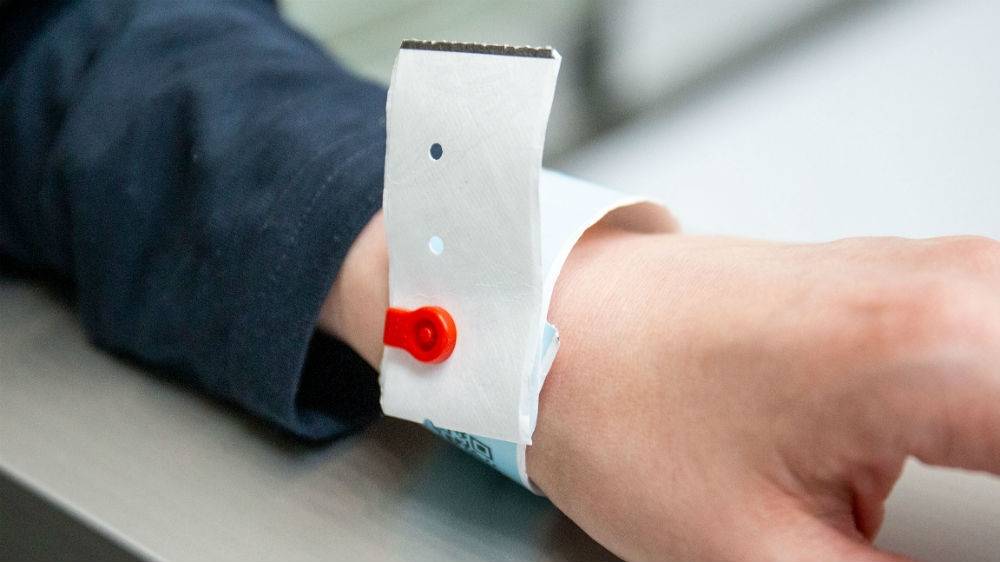 The cases of coronavirus infection in the country have crossed 20,000. More than 600 people have died. After the infection is confirmed, the government quarantines the people. Many people are being self-quarantined, so many people are being quarantined in the hospital under the supervision of doctors, but many people are fleeing from quarantine. The government is preparing for a wristband to keep an eye on such people. These wristbands are mostly like smart bands that will have features like location and body temperature tracking. The government has given its information on Wednesday. The purpose of creating smart wristbands is to track quarantined people and help those supplying essential health services. A special report by the Broadcast Engineering Consultant India Limited (BECIL) defined the wristband as an “Intelligence investigation platform and tactical device to recognize, prevent and study threats to national safety utilizing CDR, IPDR, Tower, Mobile Phone Forensics Data.

It is said that the government has ordered the preparation of thousands of wristbands, though the exact figure has not yet surfaced. The company named Broadcast Engineering Consultants India will offer the design of the wristband to hospitals and state governments by next week and work with Indian start-ups to build them. The wristband will also have an emergency button through which users can get help. The company's chairman George Kuruvilla said that the wristband is likely to be rolled out in May. The wristband will have a database of the location of the people who have been quarantined. Let's say that Hong Kong has used similar wristbands before. Hong Kong has also used wristbands to monitor people's foreign travel.

It may be recalled that earlier, the government has launched the Arogya Setu app, which alerts people about the infection of corona on a location basis. In addition, this app can also reveal how much you are at risk of corona. Prime Minister Narendra Modi has appealed to the countrymen to download the Arogya Setu app. More than six crore people have been downloaded so far after the launch of the Arogya Setu app.

Read also: WhatsApp introduced "Together at Home" sticker pack with WHO to aware users against COVID-19: Know all details