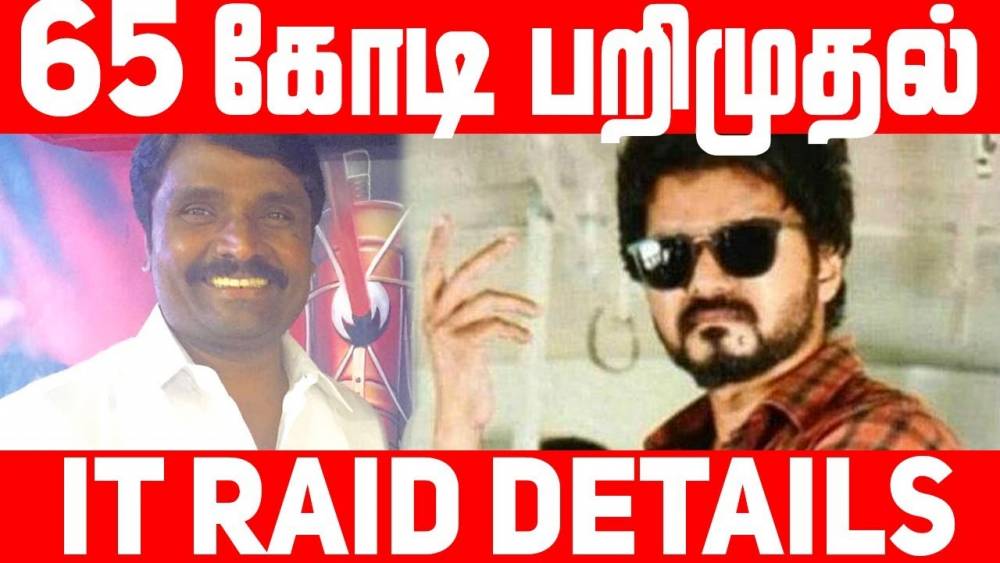 South Star Vijay has been embroiled in questions from the income-tax department over tax evasion these days. Vijay, who was recently shooting his upcoming film Master at Neyveli Coal Mines in Tamil Nadu, had to stop the shoot in the middle due to an income-tax raid. According to the latest report, a producer, including Actor Vijay, and a large red of income tax in Madurai and Chennai's hideouts, which have so far been seized for Rs 65 crore. According to income tax department sources, Rs 65 crore has been seized from the film's financer Anbuchezhian. This cache is found in two different locations. Out of this, Rs 50 crore has been seized from Chennai and Rs 15 crore from Madurai.

As per reports, martial actor Vijay is being questioned on suspicion of tax evasion in connection with the raids from AGS Cinemas. Ags Cinemas produced Vijay's last superhit film 'Bigil.' The film has a turnover of over Rs 300 crore worldwide. Income taxpayers are reported to have started raiding AGS enterprise properties on the morning of February 5. Because of this, Vijay stopped shooting the Master in the middle. "We had come to know that Vijay had taken a huge amount of money in cash for his movie Bigil," said an income tax department officer. As reported, a warrant has been issued against the actor under section 132 of the Income Tax Act 1961. The authorities have asked Vijay to cooperate in the search operation at his Chennai home. Vijay also issued an official statement, "The income-tax department has raided my home and office last week over tax evasion. My staff and family cooperated fully and presented all documents related to income tax returns to the department with evidence."

During the promotion of the film Bigil, the producer of the film, Archana Kalpathi, had said that Bigil was in a budget of Rs 180 crore. Also, on February 1, he shared photos of The 100th Day celebration of The Bigil at AGS Cinemas.