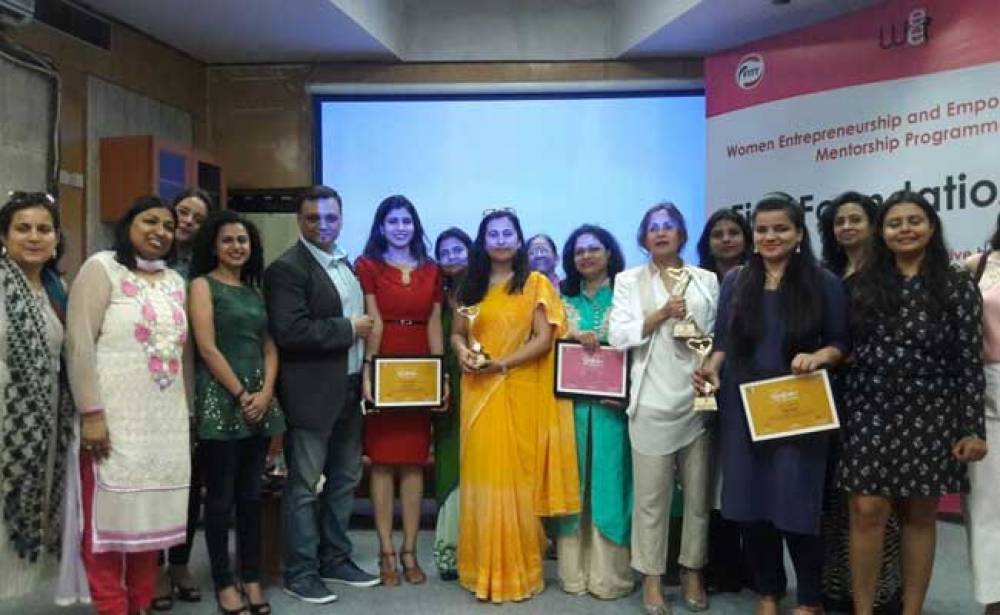 The IITs of the nation have created many CEOs and CMD clubs, but in the epoch of startups, the V Foundation (WEE-Women Entrepreneurship and Empowerment), together with IIT Delhi, has taken on a new responsibility, to build a women startup club. The Government of India is also giving a grant of five-five lakh rupees to the five best startups. This training program of IIT Delhi has been made in three sections and is named "Satyam Shivam Sundaram." In this, startups share information not only on how to maintain business with sales and funding as well as. Every assistance is given, which can make them competitive in the market. V Foundation director Sarandeep Singh says that IIT Delhi gives admissions to two batches of 30-30 women every year. In the next four years, the Foundation is considering training ten crore women.

Encouraged by the honor from IIT Delhi, new entrepreneur Kanupriya Saigal is thinking of making the bee industry cooperative on the paths of Amul. Her startup name is 'B Positive.' Through her startup, she is trying to make more and more women, especially rural women, self-reliant. In the first phase, she trains people associated with this industry how to produce honey. In the second phase, she will teach about complex products like bee venom, royal jelly.

At the same time, Priya Jindal intends to knowledge from classes to messages by her startup. For this, she uses YouTube. Her channel name is Delhi Knowledge Track through which she makes lecture series or documentaries on subjects ranging from history to modern science. On this YouTube channel, you will find lectures of reputed names associated with the industry, ranging from the toppers' conferences for the preparation of engineering and medical to the making of fighter pilots and choreographers. There is no field in ​​the society where there is no presence of women. Nowadays, there is a competition for startups, so how can women stay behind. This is a significant initiative of IIT Delhi.