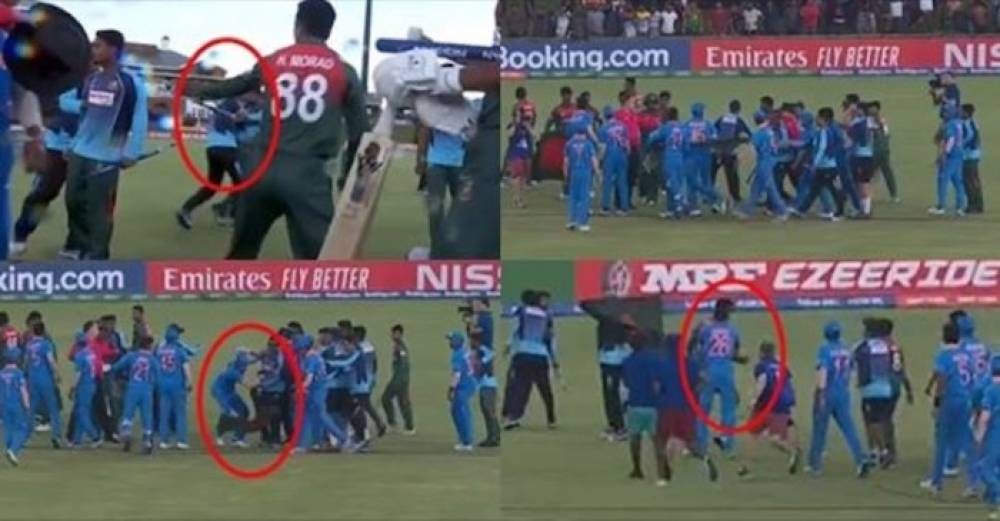 The Bangladeshi team behaved very badly with the Indian players after the heart-breaking defeat in the Under-19 World Cup. In a low scoring final at Potchefstroom in South Africa, Bangladesh prevented India from becoming the Under-19 World Cup champion for the 5th time and won its first title, but soon after that, the middle ground was nothing short of a bad stain for cricket called the Gentleman's Game. In fact, Bangladeshi players mistreat Indian sportspersons after the victory. As a world champion, one of the Bangladeshi players came to the Indian player and stood up. Not only that, he made provocative statements. The Indian players removed him away from the hand. The umpire separated the two from each other. Former South African cricketer JP Duminy has shared the video on Twitter.

Bangladeshi captain Akbar Ali also regretted the entire development after the match. During the award distribution ceremony, Ali said, "It should not have happened." He said, "We should respect the opposition and the game in any case." Akbar said, "This dream is like fulfilling." We have worked hard in the last two years, and this is the result of that. It is said that the ICC has taken the entire matter seriously. Even during the match, Bangladeshi players had been sledding from Indian players several times. The Bangladeshi bowlers were deliberately throwing towards the batsman without any need. The Indian batsmen were also making derogatory gestures when they were out. Even after Bangladesh's victory, Pesar Islam was seen to be in front of the camera. After the match, India captain Priyam Garg said Bangladeshi players had a very dirty behavior.

If we talk about the match, Bangladesh won the toss and made India bat for the first time in the final. The Indian batsmen who performed best in the entire tournament could not even play the entire 50 overs and were reduced to a mere 177 runs. On behalf of Team India, Yashasvi Jaiswal

scored 88 runs in the highest 121 balls. In reply, the Indian team, who had been in the way, lost their fifth tournament. The match stood at a thrilling juncture when Bangladesh had scored 163 runs for seven wickets in 41 overs, only after the rain stopped the game. Then, based on the Duckworth-Lewis rule, Bangladesh got a revised target of seven runs in thirty balls, which he found with 23 balls remaining and won the under-19 World Cup title for the first time by seven wickets.