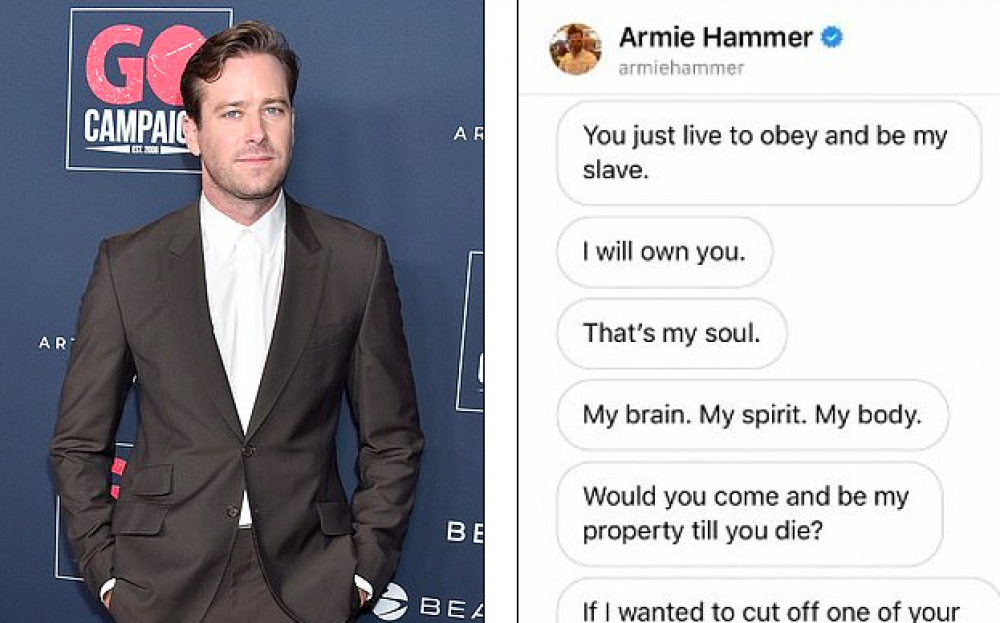 Armie Hammer is an actor who recently got starred in Netflix movie Rebecca film and has also signed up for big projects like The Social Network, Call Me By Your Name, and the Lone Ranger announced that he is quitting his upcoming film Shotgun Wedding where he was appointed a role opposite Jennifer Lopez. 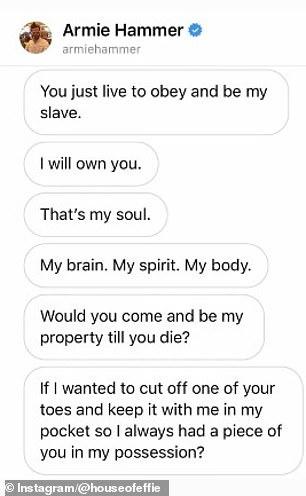 According to 'leaked' Instagram 'rape and cannibalism' messages, Armie Hammer wanted to 'cut off a girlfriend's toe and keep it in his pocket' and make her 'his property until she died'.

People are bashing him on social media the moment after his chats got viral online where he allegedly texted a woman about his sexual fantasies. He told her that he is 100% cannibal. People with sexual fantasies like Cannibalism craves eating human’s flesh and drinking blood.

Everyone bombarded his DM on Instagram about his leaked chats where he allegedly texted a woman about his sexual fantasies.

Actor Armie Hammer breaks his silence and responds that he’s stepping down from “Shotgun Wedding”.

He said according to Variety, “I'm not responding to these bu*****t claims but in light of the vicious and spurious online attacks against me, I cannot in good conscience now leave my children for 4 months to shoot a film in the Dominican Republic. Lionsgate is supporting me in this and I’m grateful to them for that.”  The Actor has got 2 children and he got separated from his wife Elizabeth Chambers of a decade, in 2020.

According to many interviews with the actor Armie Hammer, He do have sexual fantasies like grabbing a girl’s neck or hair tightly but that is to some extent. Armie Hammer believes that it’s easy to say things on chat but when you actually perform a sexual activity you really don’t do it because to some extent you feel like stopping because you respect your partner so much,  But, the messages, shared on instagram recently, allegedly showed the actor talking in graphic detail about sexual fantasies which included cannibalism, rape and slavery.