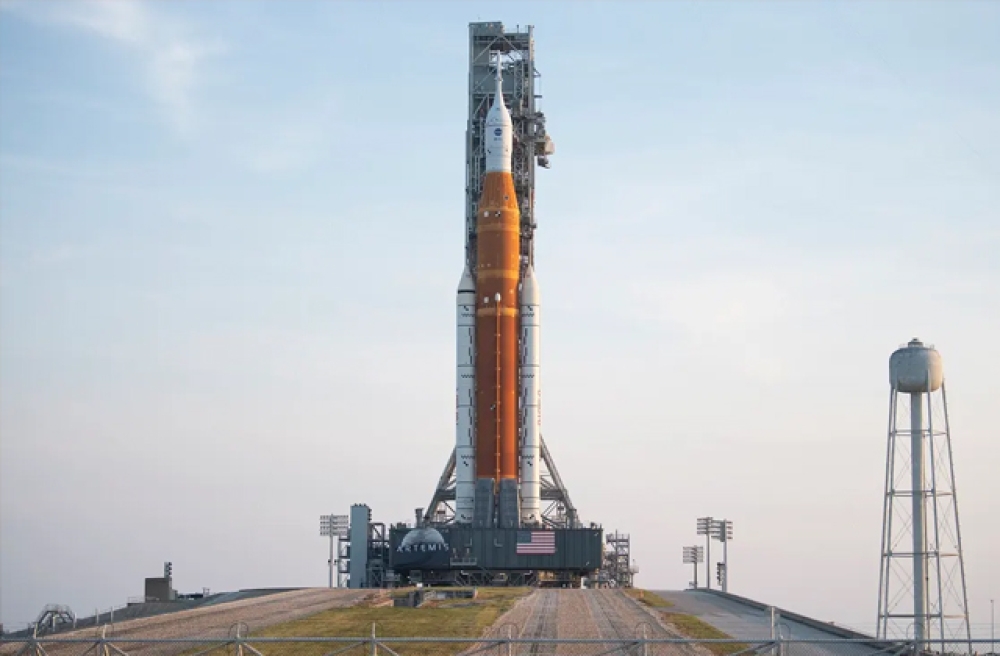 In the wake of Hurricane Ian, the US space agency postponed the launch of the Artemis I Moon mission until November. Instead, NASA has chosen to focus its Artemis I launch planning activities on the launch window that begins on November 12 and closes on November 27 while teams finish up post-storm recovery operations.

The statement of the space agency says, "To analyze potential effects from Hurricane Ian, teams at NASA's Kennedy Space Center in Florida carried out preliminary inspections on Friday. No harm was done to the Artemis flight hardware, and the facilities are in good shape with very little water intrusion identified in a few locations."

The Space Launch System rocket and Orion spacecraft will then have access platforms extended around them within the Vehicle Assembly Building (VAB) to facilitate further inspections and begin preparing for the next launch attempt of launch, including retesting the flight termination system.

The next launch attempt will be scheduled after management evaluate the amount of work to be done while in the Vehicle Assembly Building (VAB), according to NASA.

"Focusing on the struggles for the November launch time provides chances for Kennedy employees to consider the needs of their families after the storm and allows teams to identify any extra checkouts required before returning to the launch pad," according to NASA.

NASA's uncrewed flight test, code-named Artemis I, will a foundation for human exploration in deep space while also showcasing the agency's commitment and capacity to take human existence to the Moon and beyond.