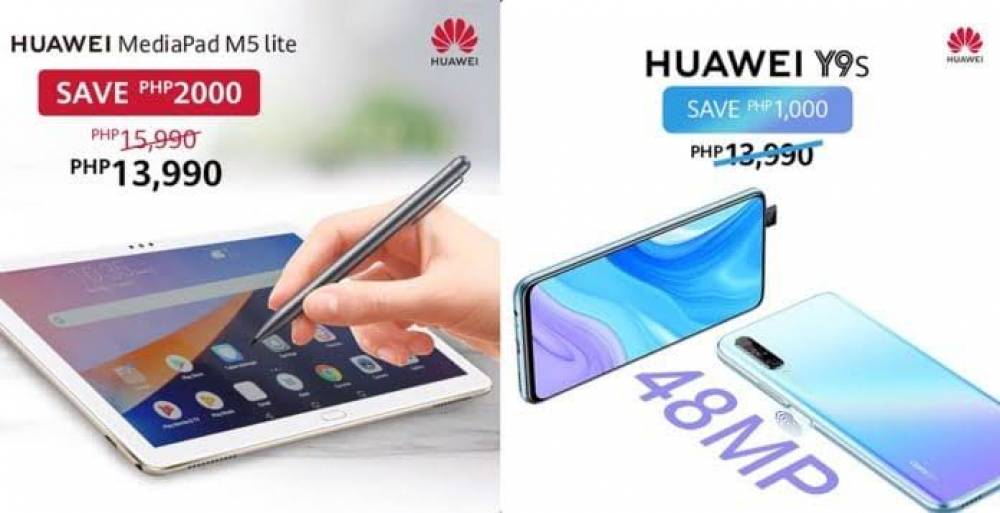 The Huawei Y9s comes with a 6.59-inch LCD (2340 x 1080 pixels) ultra full view display. The screen-to-body ratio is 91 percent. Huawei has used the glass body in its phone and has a fingerprint sensor on the side. Huawei Y9s has an octa-core Kirin 710F chipset. RAM 6GB while inbuilt storage gets 128GB option. Storage can be increased to 512GB through a microSD card. Talking about cameras, the Huawei Y9s has a triple rear camera set-up. The phone has a 48MP primary, 8MP ultra-wide angle, and 2MP depth camera. The handset has a 16MP front pop-up camera for selfies. The phone gets night mode feature for better quality in the dark. A powerful battery of 4000mAh has been given to power the new phone of Huawei.

The Huawei MediaPad T5 comes with a 10.1-inch display, octa-tax processor, dual speakers with a pixel resolution of 1920x1200. The aspect ratio is 16:10. This tablet is an octa-core high silicon kirin 659 processor and 2GB/2GB. Equipped with 3GB of RAM. 16GB/16GB Internal storage of 32GB is also provided. A 5100mAh battery has been given to power the tablet. Coming to the camera segment, the phone has a 5MP auto-focus rear camera with an aperture of f/2. 2.4. There is a 2MP fixed focus camera with an aperture of f/2.0 aperture. 2.4. Dual stereo speakers are also provided. For connectivity, the phone has features like Wi-Fi 802.11ac, 4G LTE support, GPS, and micro-USB port.