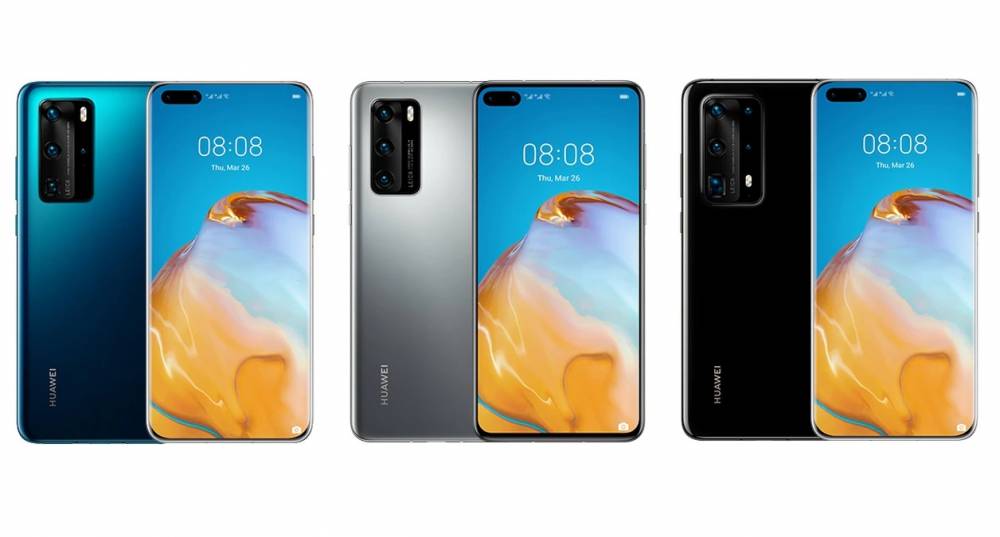 Huawei has announced its P40 series at an online event on Thursday, March 26. The company has launched three mobile phones in its series, these foons include Huawei P40 Huawei P40 Pro and HUAWEI P40 Pro+. Each phone has some similarities, such as the Octa-core Kirin 990 5G chipset and some more differences, such as all three smartphones have different camera setups. The Huawei P40 Pro and P40 Pro+ models are getting more similar specs with each other than non-Pro versions, so let's put all three phones in front of each other, and know what's different in all three, and what's the same.

As we saw last year with the Huawei Mate 30 series, the Huawei P40 series has been launched with no Google software. This means no Google Search, a Google Play Store, and a Google Mobile service are present in this series. With Huawei P40 series phones sold in France, Germany, and Italy, Huawei is placing a European search engine in the series, called Qwant. It is also believed that a new search assistant named Celia is also being used, which is expected to keep up with Qwant in Europe. The Google Play Store has been replaced by Huawei's own App Gallery.

Huawei P40 works on EMUI 10.1 based on 5G Android 10. The phone flaunts a 6.1-inch OLED display with a refresh rate of 60Hz. The phone is powered by Octa-Core Kirin 990 5G SoC and Mali-G76 MC16 GPU. The HUAWEI P40 5G has three cameras on the back. Primary camera 50 megapixel f/2. There is a sensor with an aperture of 1.9, the other is an ultra-wide-angle shooter of 16 megapixels, and its aperture is f/2. 2.2 and the third is an 8-megapixel telephoto lens with an aperture of f/2. 2.4. On the front of the phone is a 32-megapixel selfie camera and has an aperture of f/2. 2.0 and infrared is the sensor. The camera is placed in a pill-shaped punch-hole design. The HUAWEI P40 5G has 128GB internal storage, and the phone has Wi-Fi 6, 5G, Bluetooth v5.1, GPS, USB Type-C, NFC for connectivity. The phone has a 3,800mAh battery that supports SuperCharge 22.5W fast charging.

The HUAWEI P40 Pro smartphone is available in deep-sea blue, ice white, black, blush gold and silver frost colors. The HUAWEI P40 Pro features a 6.58-inch Quad HD+ Quad-Curve Overflow Display display with a resolution of 2640 x 1200 pixels and a refresh rate of 90Hz. The smartphone is powered by the latest Kirin 990 5G chipset and has been paired with Mali-G76 GPU. The phone is also getting 8GB RAM and 256GB storage. The phone works on EMUI 10.1, which is based on Android 10. However, it does not include google service. When it comes to the camera, the phone has a quad-camera setup with an ultra vision camera of 50 MP (wide-angle, f/2.0 aperture). With 1.9 aperture and OIS)+ 40 MP Cine Camera (Ultra Wide Angle, F/2" 1.8 aperture)+ 12 MP SuperSensing Telephoto Camera (f/2)+ 12 MP SuperSensing Telephoto Camera (f/2)+ With 3.4 aperture and OIS)+ 3D depth-sensing camera is available. A primary lens of 32 megapixels is given on the front of the phone, and a depth sensor is also included.

Woman Scientist Minal developed Coronavirus testing Kit: Know here when it will be available in market