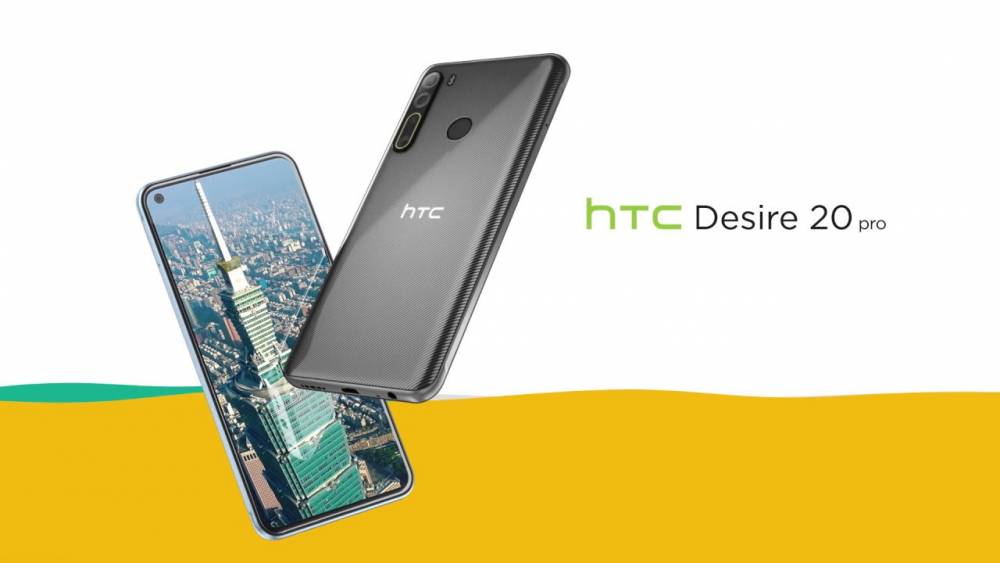 HTC Desire 20 Pro has been launched in the global market with a price of €279, i.e., Rs 24,500. The company has announced that the smartphone will be made available to sail in the UK, France, Spain, Poland, and the Netherlands. This phone will be available in black color variants. However, no official announcement has been made about its availability in the Indian market, but after knocking in the global market, it is expected that Indian users will not have to wait much for it.

A 6.53-inch FullHD+ display has been given with the HTC Desire 20 Pro. It has a screen resolution of 1080 x 2340 pixels and an aspect ratio of 19.5:9. Based on Android 10 OS, the smartphone has been introduced on Qualcomm Snapdragon 665 processor. The back panel of the smartphone comes with a gradient finish design that strengthens its look and grip. This smartphone has been introduced in a single storage model. It has 6GB and 128GB internal storage.

The HTC Desire 20 Pro has a quad rear camera setup. The phone's primary sensor is 48MP, while the 8MP ultra-wide lens, 2MP macro lens, and 2MP depth sensor are present. For video calling and selfies, users have been given a 25MP front camera. It has a powerful battery of 5000mAh for power backup. This smartphone will provide NFC mobile payment to users, which makes the payment process very easy.

If you liked this story, you must share it. Stay connected to read other similar news and technology articles from 9scroob.

What is Ayushman Bharat Yojana and benefits of it: Know here