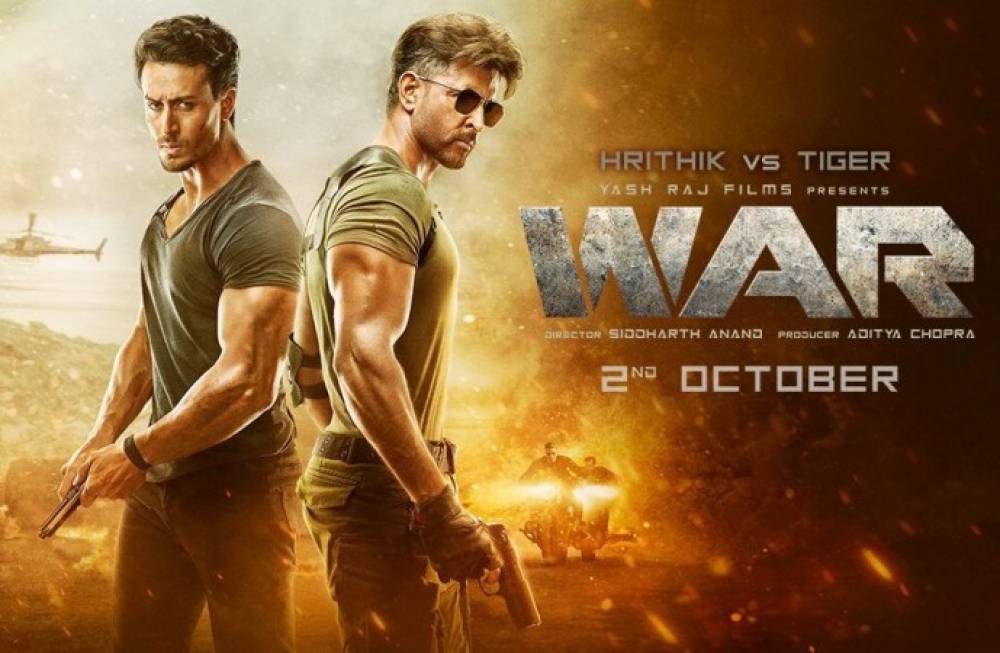 Hrithik Roshan with Tiger shroff's War has been released on the 2, Oct  2019  holiday, destroyed all box office previous records. The film has a great opening trade experts claim that the movie has become all-time highest grosser on its opening day of all time.

War has been entered in those films of the year 2019, which are supposed to make a massive burst from day one. Since the trailer of the Yash Raj banner film, trade specialists began to believe that War could produce new records at the Box office and when the film released, the public turned these hopes of trade into truth.

Box office experts have an initial estimate that War has taken an opening of more than 51 crore. The closing figure is yet to disclosed, but it may be surprising. Gandhi Jayanti's vacation got the film, and the audience exploded into theaters. War has wrecked Salman Khan's record for India's highest opening collection in 2019 for Bharat, which was released into theaters on Eid and collected 42.30 crores on the first day. With this War has come first in the list of Bollywood's most opening collection films ever. Before the War's first position hold by Amir Khan's Thugs of Hindustan, which collected 50.75 crores on the first day.

When final figures are released, War is all set to seize the first position from The Thugs of Hindustan. The third spot is Shah Rukh Khan's Happy New Year, which earned 44.97 crores on the first day.  In fourth and fifth place is Bharat and Bahubali2- The Conclusion (Hindi), which took an opening of 42.30 and 41 crores.

War directed by Siddharth Anand is an action- thriller film, but it also has an actual sturdiness of suspense. That's why Hrithik and Tiger had a posted a Twitter appeal before the film's release that viewers should not give any spoilers after watching the movie, i.e., Twist and Turns should not be exposed to anyone so that the rest of the audience is not spoiled.

In this film, Vani Kapoor performed the female lead role along with Hrithik and Tiger, who returned to the screen after a long time. Vaani's seductive looks made this action-thriller film glamorous. War also holds the record for pre-booking the sale of tickets. According to the Box office experts, the film has raised more than 25 crores through advance booking.