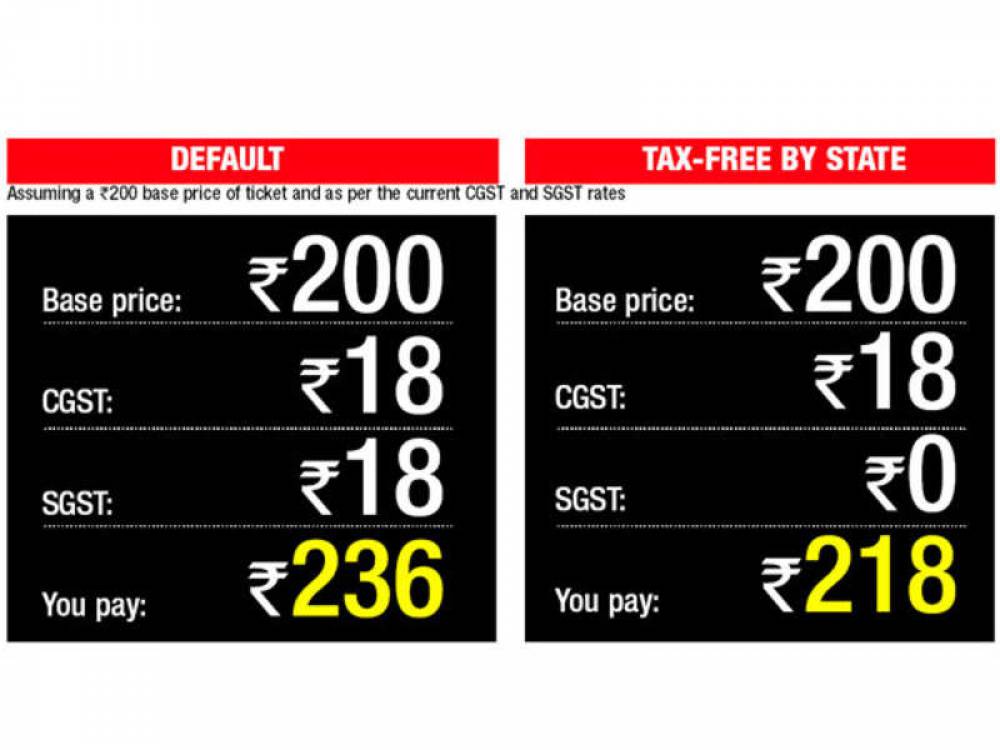 There are often reports of a film being tax-free from states. Recently, Deepika Padukone's film 'Chhapaak' has been made tax free by several states. Uttar Pradesh made Ajay Devgn's film 'Tanhaji: The Unsung Warrior' tax-free. Chhapaak is the story of an acid attack victim. While Tanhaji: The Unsung Warrior is based on the life of Tanhaji Malusare. Maharashtra Cabinet Minister Balasaheb Thorat said that earlier the ministry used to decide to make a film tax-free. But, now the tax on films also comes under GST. Do you know how cheap the ticket becomes when a film is tax-free? Here we are going to answer this question.

Two GST slabs were declared for films in December 2018. 12 percent on tickets up to Rs 100, and 18 percent on tickets above. Tax is divided into two parts. One part is the state government (state GST), and the other is the central government (Central GST). When a state declares a film as tax-free, only the tax for its account is waived. Thus, if the ticket is Rs 100, 6 percent, and the ticket is more than Rs 100, the tax is reduced by 9 percent. Multiplexes hardly have tickets of less than Rs 100. There is a savings of at least 9 percent.