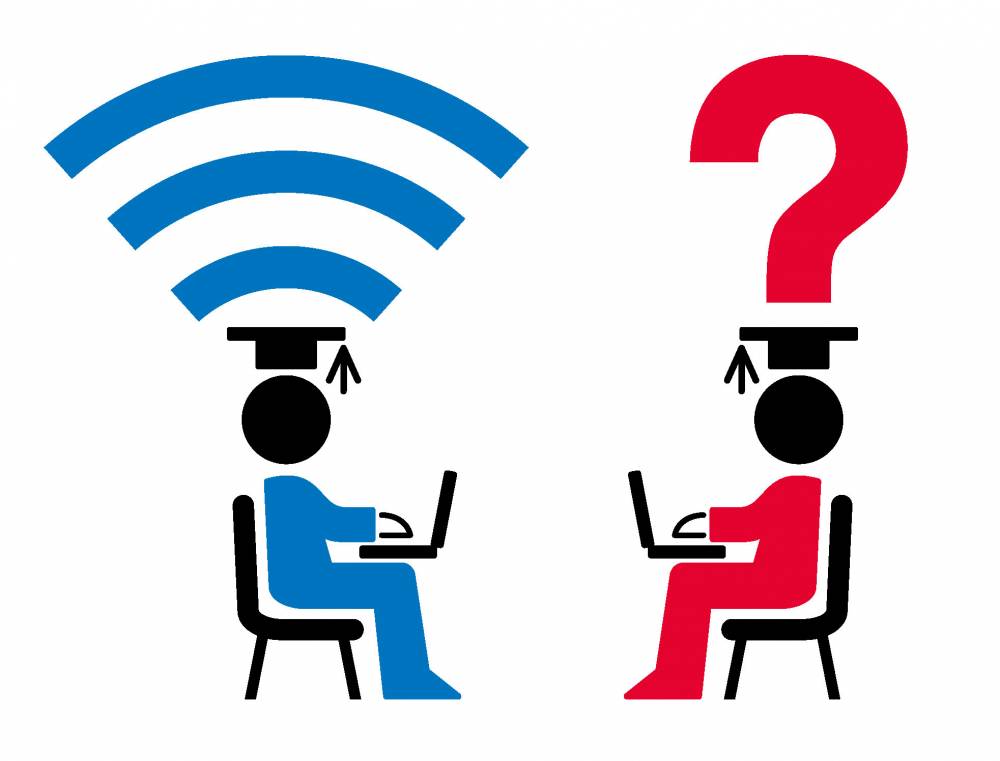 All educational institutions, including school colleges in India, we're able to complete their academic sessions, before they were closed from March 24 due to the corona crisis. During this period of lockdown, online teaching tried to complete the session. Classes were continuing in many educational institutions, and exams were pending. Controversial web platforms like zoom were resorted to getting middle and secondary classes online. Somewhere in Google, there were classes via Skype. Somewhere online content was produced on YouTube, lectures, and classroom videos were produced online and sent to groups of students through WhatsApp. But most of the institutes are not ready for online exams. Knowledgeable people believe that institutions like IITs can conduct final year student's exams online. In the real world, there was a silent confusion in the virtual world amid the panic, rescue, and misarrangements of The COVID. Looking at the house, it became not only a quarantine but a haven for online work and online studies. The series had been going on in a boisterous manner for about a month and a half. Many educational institutions have declared summer holidays, and many institutions are expected in a few days, so the pace of this connection has now subsided. But this whole experience has not only indicated a change in the modalities of future education but has also created avenues.

Parallel virtual coaching bases have come into existence as coaching towns like Kota in Rajasthan are now swollen. Experts were reading in closed rooms for a while now looking at the screens are read. Registration is vying for large-scale online coaching institutes, digital classrooms, and online courses. A new e-market for production and consumption of education material has opened up. Many online teaching platforms and tutorials like Coursera, Baijus, Vedantu, and MindSpark have been witnessing demand for the past few years. As a result of this popularity, Biju Ravindran, founder of online classes platform Bijus, has been described as India's youngest billionaire. The Forbes list is estimated to have a total value of about $2 billion.

KPMG and Google, the apex agency for audit and marketing, have released a report titled 'Online Education in India: 2021' that predicted an unprecedented growth of eight times the online education business in India during the period 2016 2021. The turnover in 2016 was about $25 million and will increase to nearly two billion dollars in 2021. The number of paid users of education was reported to be around 16 lakh in 2016, which is expected to be around one crore in 2021. According to official statistics, there are 993 universities, about forty thousand colleges, and 385 private universities. There are about four crore students in higher education, and the gross enrolment ratio has increased to 26.3 percent.

Internet not available to everyone:

According to KPMG, internet penetration in India is 31 percent, meaning more than 400 million people use the Internet in the country. By 2021, the number will exceed 73 crores. Similarly, there are currently 29 crore smartphone users in the country. By 2021, 18 crore new users will be added. Online medium is also considered to be the most effective for distance learning. Meanwhile, the government has launched campaigns like self, e-Basta, and Digital India. Looking at this spirited picture, it may seem that education in India will go from offline to online mode in the blink of an eye. But the more attractive the figures are, the more complex the reality is. Because the whole process is still scattered, there is no hierarchy or plan. Nothing is duly. It is difficult to say how willing the school and university administrations were to run online classes with smart classrooms and digitals, but the practical difficulties associated with it soon began to appear. The internet connection crisis is speed somewhere, somewhere power somewhere other technical and domestic hassles.

Amidst the compulsion and attraction of online studies, it is also important to know whether the country is really ready for it based on numbers. According to a study, only 12.5 percent of university students have internet access to their homes. In an article based on data from the National Sample Survey Organisation, Abhirup Mukhopadhyay, professor of economics at the Statistical Commission of India, said that 85 percent of urban students studying in universities have internet. Still, only 41 percent of them have the internet at home. Out of 55 percent of the higher education rural students, only 28 percent have access to the internet in their homes. State-wise has also seen the difference. In Kerala, 51 percent of rural households have access to the internet, but only 23 percent have households. In states like West Bengal and Bihar, the internet is available only in seven to eight percent of rural households.

While digital learning is considered to be an innovative, time, resource, and distance-saving medium, some analysts say it can create loneliness, isolation, and frustration. As the corona crisis will increase the scope and time of the lockdown or the challenge of developing intuitive ways of conducting classrooms at the time of future precautions, restrictions, and challenges. While the elimination of classroom education is not possible in a country like India, the need is to create a coordinating and inclusive framework of education in which digital education does not make a mockery of the traditional education system, nor traditional education, to try to disrupt the innovation of digital learning.

Read also: World No Tobacco Day 2020: Know Here History and Theme Of It

How Lockdown Is Affecting Our Body Immune System