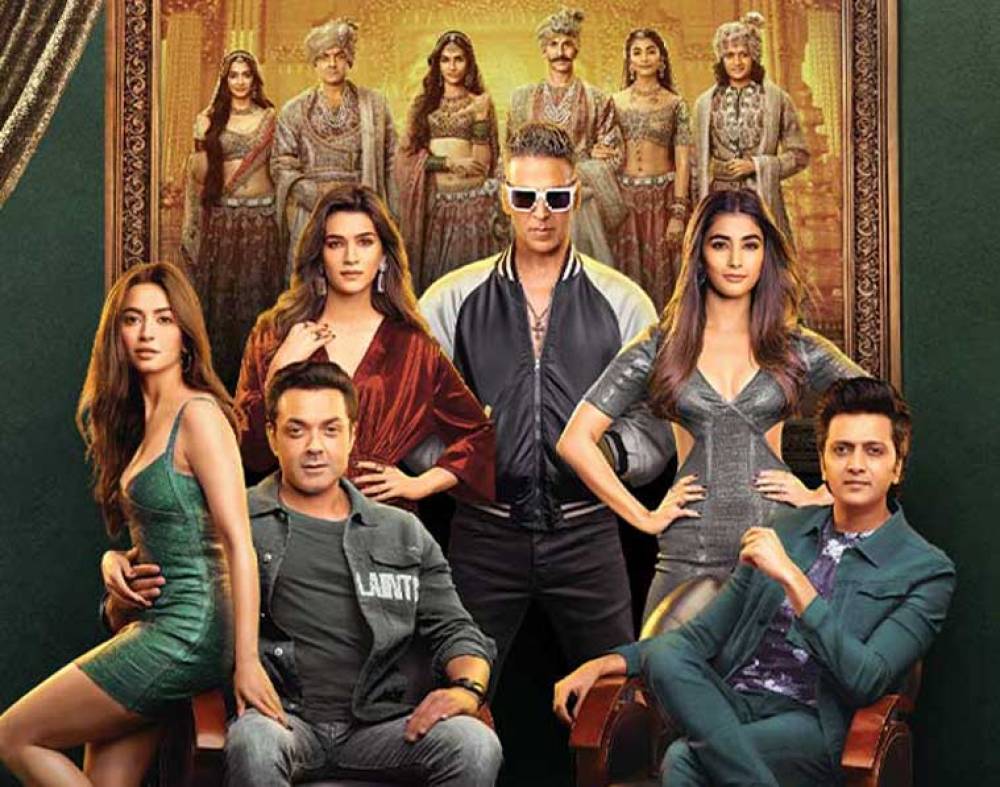 There is an atmosphere of Diwali in India and this Diwali is gold for both box office and fans as well. Akshay Kumaris comes with Housefull 4. But like a dessert can not be made delicious just by adding dry fruits in it. Similarly, merely making a movie with a big star cast, forceful action, and a non-sense comedy that doesn't mean it's an entertaining movie.

The story of the film begins in London, but after 10-15 minutes it takes you to Sitamgarh, so everyone will forget about London in the first half. Spilling the beans about the storyline of the movie, then it is based on rebirth. The first half shows a time of the year 1419 and in the second half, the story runs in 2019. In 1419 Akshay Kumar (Price Bala) was a prince of Madhvagarh who was disinherited by his father. After which he wants to go to Sitamgarh to take revenge on his father and marry the elder princess Madhu (Kriti Sanon) and seize the entire Kingdom. And then that he can later take revenge from his father by attacking him. When the prince Bala goes to Sitamgarh, then there is a 5-day celebration to mark the birthday of Maharaj (Ranjit).

After reaching Sitamgarh, Bala tries to trap Princess Madhu in his love. Meanwhile, Bala meets Bangdu Maharaj (Ritesh Deshmukh), who is a dancer. Together Bala and Bangdu Maharaj try to convince Princess Madhu. After which, Dharmaputra (Bobby Deol) enters in this floor, who is a bodyguard of all three princesses. Now Dharmaputra and Bangdu Mahraj associates with Bala. At the same time, Bangdu Maharaj and Dharmputra also fall in love with the other two princesses. They all want to get married. But they do not get married because of Gama (Rana Daggubati). But why does Gama not let all the princesses get married? What is the role of Surabhan (Sharad Kelkar) in this movie?

The weakest link in the movie is the storyline, while the strongest part is the direction. The script of Housefull has not been constituted at all with the comedy film in mind. There are only 4 to 5 scenes in the entire film where laughter comes. Otherwise, it seems that someone is attempting to laugh forcefully by hitting a dirty joke. The story does not connect anywhere. Emotion does not add up. In between, we feel boredom. There is so much action in the first half that you forget that you have come to watch a comedy flick. By putting forceful action, the film has been drifting from the film's main point comedy. Looking at the tremendous sets of the film, it seems that Bahubali has come to see not Housefull. An attempt has also been prepared to add a sprinkling of horror in the film at one or two places but to no avail. At the same time, in the second half, especially in Climax, I have tried very well to laugh. There is laughter when successive knives are inserted into Akshay Kumar's bomb. At the same time, if you talk about the direction, Farhad Samji has done an outstanding job. Camera angles are also good. Shot in wide range.

Boring jokes have been used in the movie in the name of dialogue. But Johnny Lever and Chunky Pandey have tried their best to pull through the boat from sinking. The comic timing of both has been as good as ever. Johnny Lever's dance also entertains by wearing a sari. Talking about acting, Akshay-Ritesh-Bobby has done justice to their parts. If the dialogues of the film were good and punchy, then every character would have waved. That spice was missing from the houseful, on which the film was created. At the same time, the acting of Kriti Sanon-Kriti Kharbanda and Pooja Hegde did not throw that much feel. Talking about Nawazuddin Siddiqui, if his role in the film is only about songs. If someone else had replaced Nawazuddin, he would have also played. Sharad Kelkar has played his role well. Rana Daggubati also played a full-on character. Rana was perfect in the role of the dreaded villain.

On the other hand, there is no need to allege anything about music, but still the best thing in the film. The background music of the film itself tells half the story.