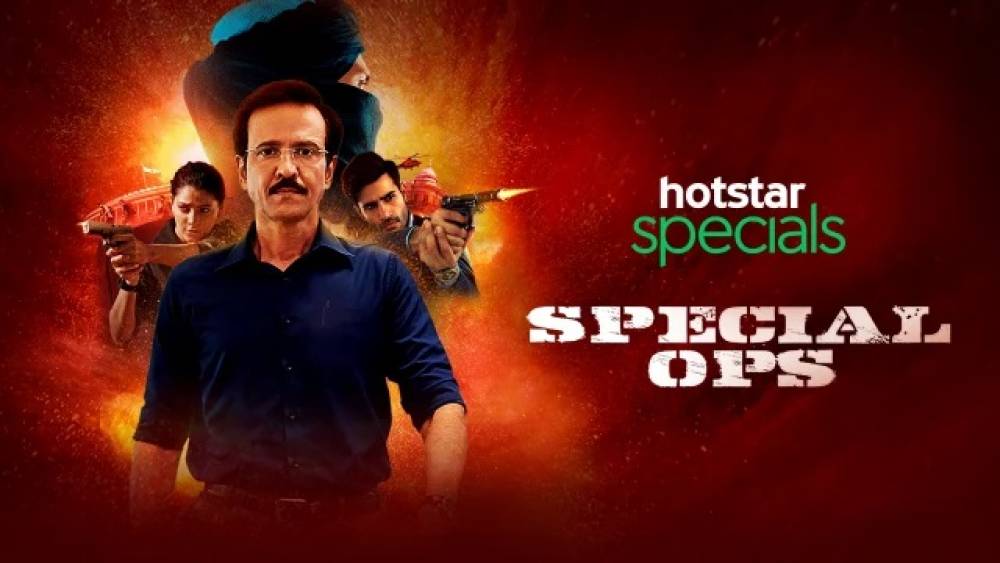 Demonetisation has been announced in the country. The Chief Analyst of Raw has just come out of the ATM with a difficulty of two and a half thousand notes, and a call comes. He has a ready-made Dubai agent on the phone who is tasked with sending cash worth Rs 1 crore to the terrorists in Kashmir to establish his trust in the underworld, that too in new currency notes. Or, another agent. In preparation for flying the skull of a fellow carrying a telescopic rifle at a high place somewhere abroad. The Chief Analyst calls. The agent bluffs. The Chief Analyst also tells him, including his location, that he is an agent of the KGB (Russian intelligence agency) on whom he is targeting. This is the Special Ops of Neeraj Pandey, the master of detective films. The series's main character Himmat Singh.

Kaagaz Ke Phool, Guide, Mughal-e-Azam, Hum Kisi Se Kam Nahin Nahin, Chaudhvi Ka Chand, Qurbani, Chess Players, and Sholay, these are eight cult films of Hindi cinema, but the naming and expansion of eight episodes of Special Ops is Neeraj has done on the theme of these. The story, direction, acting, music, and technical aspects stand perfectly on these five criteria. The story of Special Ops is that of Raw Agent Himmat Singh, which is known at the beginning of the show that this person has also lived in Karachi for months. The charge on this is that it has spent 28 crores rupees of the country's treasury, and it is not accounted for. He also says, "When it is not possible to keep an account, it becomes challenging to give an account." The investigation is sitting against him, and he tells the story of his operation to count these expenses, this story itself Special Ops is an extension.

The underlying source of the story is that Himmat Singh is believed to be the sixth terrorist in the terrorist attack on Parliament and has been engaged in his search for the last 19 years. A lot of hard work has been done on the research of the series as well. Here, like a real incident showing the attack on Parliament, a woman constable is shown to be a martyr. The relationship of people sitting in Dubai is told to Shahrukh of Hindi cinema and a big heroine. The announcement of the demonetization of Prime Minister Narendra Modi is shown at 6.30 pm in Dubai at 8 pm in India.

KK Menon has done amazing acting in terms of acting. Seeing the enemies of the country, how a RAW agent stops talking to her daughter about her boyfriend, is worth seeing. Or, the scenes of his intimate moments with his wife have also become quite impressive. As Ajmal Kasab praises his elegance, how he immediately speaks to her in pure police language is also worth watching.

Raw agent Karan Tacker has made a great comeback in the entertainment world with this series. His character takes some time to freeze, but if it freezes, then the matter freezes. Vinay Pathak has done a fantastic job in the role of Delhi Police's Daroga Abbas Sheikh. It is very influential in convincing the Central Minister behind Himmat Singh to visit his house with rules. Muzammil Ibrahim, Vipul Gupta, and Sajjad Delafrooz have also left no stone unturned to make the series impressive.

The story runs parallel at home and abroad. Filmed at various locations abroad, the series scenes have been shot on a very grand level. While the action sequences are amazing, the cinematography series by Sudhir Palsane and Arvind Singh entice us to watch the big screen. Along with the script of the series, Praveen Kathikuloth's editing stops to watch all the episodes one by one. The Phalguni Thakor-designed clothes are ideally suited to the characters. Background music of Advaita also helps a lot in maintaining suspense. Special Ops is perfect for watching the whole series together.

Read also: Coronavirus Outbreak: Which blood type most affected by corona, and why? Read here

Coronavirus Outbreak: What is Quarantine? What is the National Quarantine Act?

Coronavirus Outbreak: US started First human trial of vaccine: Read here when it will be ready