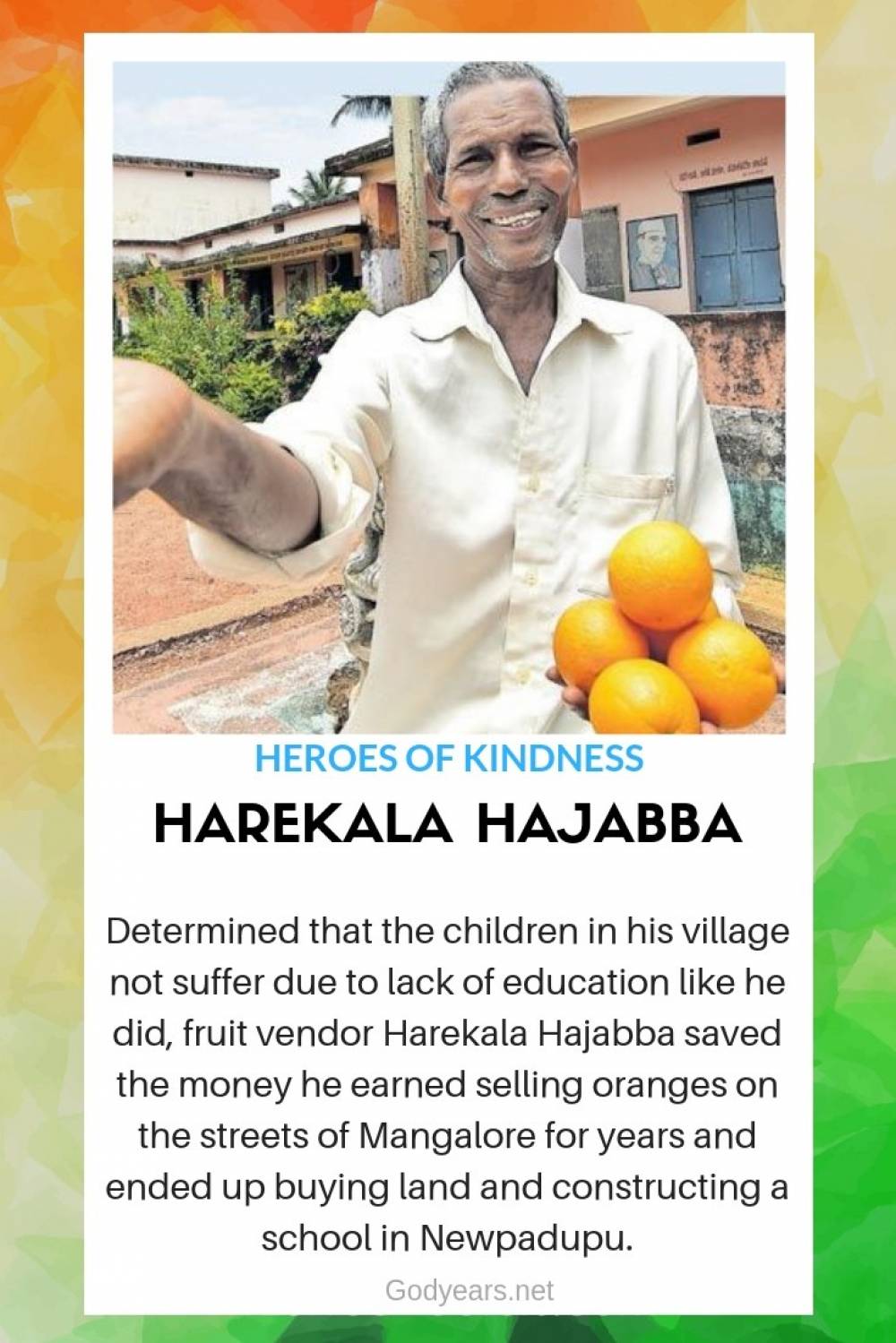 The central government announced the Padma awards for the year 2020, a day before the Republic Day. This year, 7 personalities will be honored with Padma Vibhushan, 16 personalities, Padma Bhushan, and 118 people to Padma Shri. There are some names in this long phase that are not in the discussion. One of them is the fruit vendor of the South Kannada district of Karnataka, Harekala Hajabba. The 68-year-old Harekala built a primary and secondary school for the children of his village before earning from his small fruit shop and is currently preparing to build a university.

Hajabba is not educated. Even he never went to school. He reveals, "One day the foreign couple wanted to buy oranges from them." They also asked for the price. But I could not understand. He said that it was unfortunate that I could not speak any other language other than the local language. That couple went. I felt very bad. Then I came to know that there should be a primary school in the village so that the children of our village never have to undergo the situation that I have gone through.

Hajabba explained to the villagers and started a school in the local mosque with their help. In addition, they also boil school cleanliness and drinking water for children. At the same time, during the holidays, he went to the South Kannada District Panchayat office 25 km away from the village and repeatedly begged the officers to formalize the educational facilities. The hard work of Hajabba was colored. The district administration built the 14th secondary school at Nayapudu village under South Kannada District Panchayat in the year 2008. Even after the opening of the new school, 68-year-old Hazabba woke up early in the morning. Clean the campus every day and boil drinking water for the students. At the same time, it ensures that students do not have problems with anything. They understood the school premises as their home. From 2014 years, Deputy Commissioner AB Ibrahim had taken the view that Harekala Hajabba was worthy of the Padma Shri award. He said," in the year 2015 also, the Deputy Commissioner told him that he had sent my name to the central government. But after that, I don't know what happened.

Harekala Hajabba is currently no less than a celebrity in his village. The story of his life is taught in the undergraduate program of Mangalore University. So that students can take inspiration from them. They have got many local awards. However, the father of three children, Hajabba, was surprised when his name was chosen for the Padma Shri Award on Saturday. He  said, "I got a call from the home ministry." He spoke in Hindi. I did not understand. But later on, a person from the Deputy Commissioner's Office of South Kannada told me that I have been chosen for the Padma Shri award. I was not sure. I did not think even this in my dreams. But I am happy.