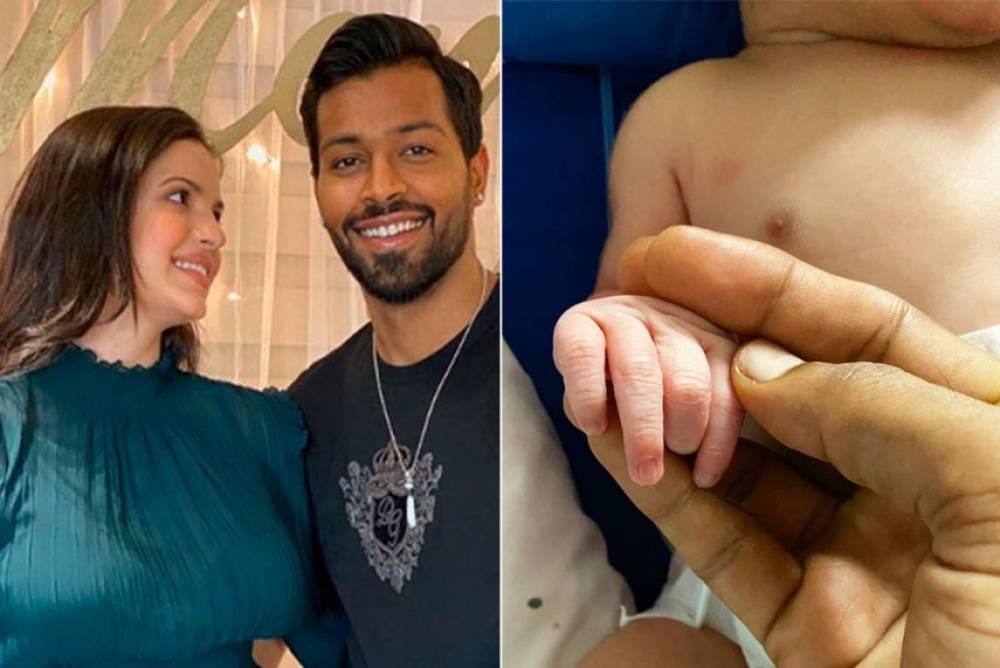 The Indian cricket team's all-rounder player Hardik Pandya has become a father. Hardik's wife, Natasa Stankovic, has given birth to a son. Hardik has given his information on social media. Hardik Pandya shared the good news with the fellows by sharing photos on Twitter. However, the photo that Hardik has shared does not reveals his son's face. On May 31, 2020, actress and Serbian dancer Natasa Stankovic and Hardik Pandya had informed their social media accounts that they were going to become parents.

Hardik Pandya has shared the news with his fellows on his social media site Twitter account. Pandya has also posted the first photograph of his newborn son here. However, Pandya has not yet informed when his wife has given birth to a son in which hospital. But Pandya, who is active on social media, can be expected to say that this picture is today, that is, Natasa Stankovic has given birth to a son today. Let me tell you that India's leading all-rounder, Hardik Pandya, announced the son's birth on his official social media profile. "We have been a son," he wrote. "Pandya can be seen holding the child's hand in the photograph. After the picture of Hardik's son surfaced, social media is going viral, and everyone congratulates them.

Got Married in lockdown:

Hardik Pandya got married to Natasa Stankovic during the lockdown in India during the COVID-19 pandemic. A few months later, the two said that they were going to become parents soon. Hardik and Natasa have also been seen shopping for a baby together. And finally, in the lives of both, the little guest was knocked in. His friends, relatives, and fellows cricketers who are very close to Hardik congratulated him on Instagram and Twitter through the heartfelt post.