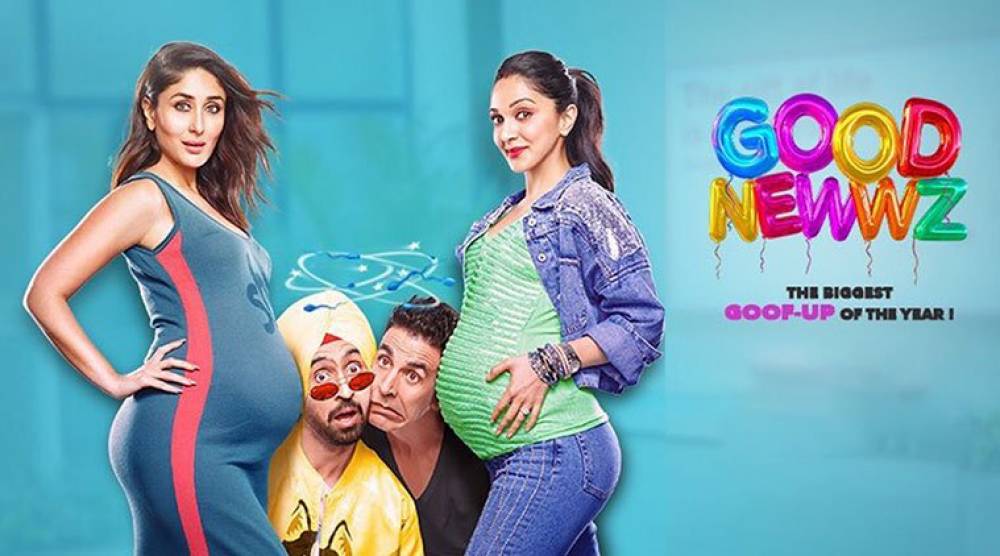 The new film of producer Karan Johar, who has made two biggest flop films of the year like Kalank and Student of the Year 2, is looking for good news for him with his upcoming movie Good Newwz. Now, it seems he is losing trust in his own work.

Karan Johar's film Kesari, released this year with Akshay Kumar, may not have made a stigma on his name, but the film could not be a blockbuster. You have already read a lot about the reality of Housefull 4 box office data. Meanwhile, Karan Johar also declares that Good Newwz is a cinematic tribute presented to director Hrishikesh Mukherjee on his behalf. Before I tell you about the trailer, it is most necessary to tell you because the film's trailer does not look similar to a comedy film by Hrishikesh Mukherjee.

Karan Johar, who trying to sell Good Newwz with the name of Hrishikesh Mukherjee, must once again see his films Bawarchi, Guddi, Chupke Chupke, and Golmaal. The trailer for Akshay Kumar, Kareena Kapoor Khan, Diljit Dosanjh, and Kiara Advani's film Good Newz Trailer has been released. Akshay, Kareena, Diljit, and Kiara have seen in the trailer for Good Newwz, and the film is about IVF. As soon as the trailer for Good Newz trailer is released #GoodNewwzTrailer is trending on Twitter. Akshay Kumar has once again come to the audience with a few different films and topics. The film has a colossal sense of comedy, and all the artists are also showing interesting acting.

Good Newz has been directed by Raj Mehta and the film will release on December 27. Interestingly, Salman Khan's Dabang 3 is releasing on December 20. Akshay Kumar's Good Newwz is ready to hit Bhaijaan's film. Anyway, the film has a very different type of topic. As the trailer of the film is also getting a considerable response, Dabangg 3 may face difficulties in the box-office.

Anyway, Kareena Kapoor Khan will now be seen on the screen after Veere Di Wedding. She is in front of the audience with a unique topic like IVF. However, Kabir Singh fame actress Kiara Advani will also be seen winning the audience's heart with her Punjabi style. Kareena Kapoor and Akshay Kumar will be seen together when the duo of Diljit Dosanjh and Kiara Advani appear in the film.