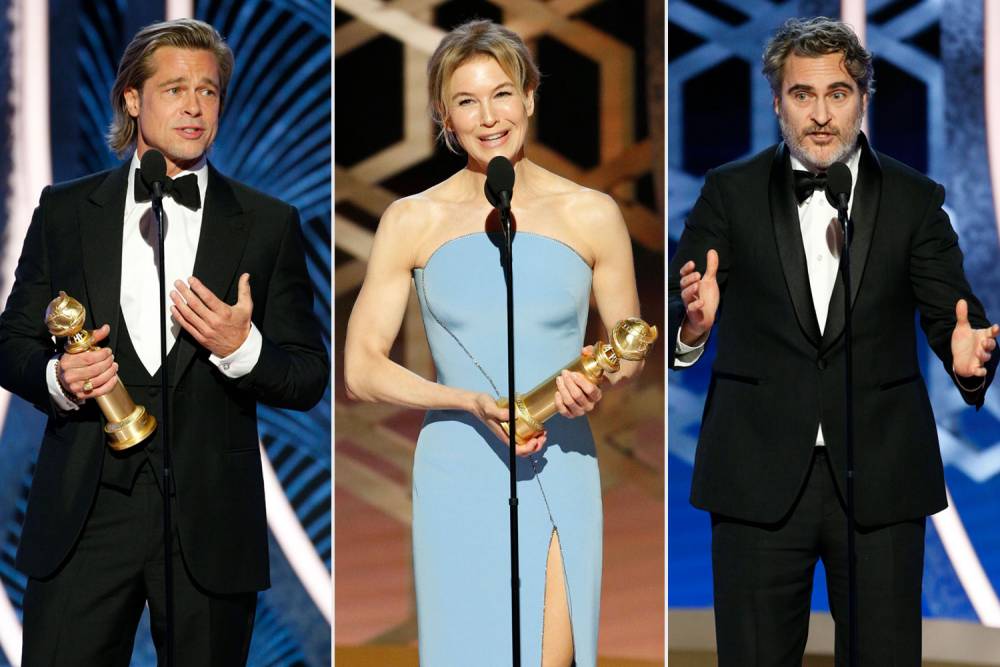 The Golden Globe 2020 award ceremony took place in Beverly Hills, Los Angeles. Sam Mendes directed '1917' has been selected as the best film this time. Many Hollywood personalities participated in the event. This time the awards were dominated by the movie 'Joker,' and the film's actor Joaquin Phoenix got the best actor award. Some of Phoenix's speeches got bleeped due to the use of curse words. "Contrary to popular belief, I don't want to rock the boat. The boat is fucking rocked," he said. He further referenced environment change, both acknowledging the Hollywood Foreign Press Association for its meat-free feast, and telling his fellow actors, "We don't have to take private planes to Palm Springs ... I'll attempt to do better, and I believe you will too." In the meanwhile, Renee Zellweger has been selected as the best exhibit for 'Judy.' This time Leonardo de Caprio's 'Once upon a time' has been chosen as the best movie in the musical-comedy category. Taron Egerton was awarded the best actor (male) award for 'Rocketman' in the music-comedy group. In the same category, the best actors (Female) were selected for the 'The Farewell.' Sam Mendis was selected as the best director. Sam was given the award for '1917.'

The 'I AM Gonna Love Me Again' of 'Rocketman' won the award of the best original song. Big films like 'Frozen 2' and 'The Lion King' were left behind, and 'Missing Link' won the best-animated motion picture award this year. The ' Fleabag' became the best TV series of the year. The South Korean film 'Parasite' got the title of the best foreign language motion picture. Brian Cox won the best actor title in the television series. Brian got this award for 'Succession.' Olivia Colman was given the best-in-the-eye award for the drama TV series 'The Crown.' Brad Pitt got the title of the best supporting actor in 'Once upon a time in Hollywood.' He left behind veterans like Tom Hanks, Al Pacino, and Joe Pesci. 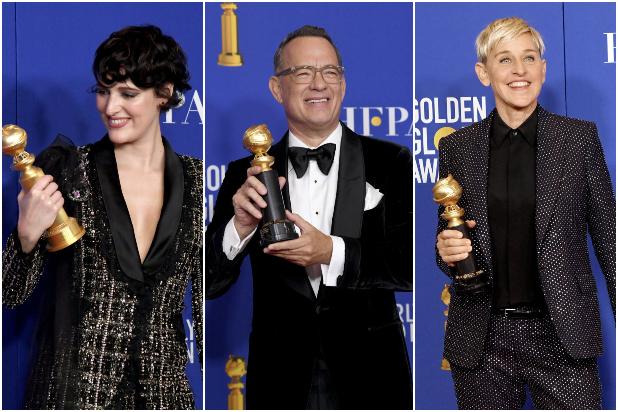 The best drama television series, 'Succession,' was selected. In the musical and comedy category of the television series, Phoebe Waller-Bridge won the best-in-the-eye award. Phoebe got the award for 'Fleabag.' In this category, the best actor title was won by Ramy Youssef for 'Ramy.' In the best performance in limited series and motion picture-television (actors) category, Russell Crowe got the award for 'The Loudest Voice.' Quentin Tarantino has been given the best screenplay award for the film 'Once upon a time in Hollywood.'

To attend this award show, the nominated stars and industry personalities walked on the red carpet. Tom Hanks was given the 'Cecil DeMille' award for his contribution to world cinema and acting. Ellen Degeneres was conferred with the ' Carol Burnett Award ' for his performance and contribution to the TV sector. The Golden Globe is not a single nomination from the Indian side this year too. Last time in 2002, Mira Nair's film 'Monsoon Wedding' was nominated in the best foreign language motion picture category. Thirty-seven years ago, the film 'Gandhi' was the last Indian film to win the title. This year, the OTT platform Netflix has achieved the highest 17 category noises. Out of a total of 5 best movies made, three films are 'The Irishman,'' Marriage Story,' and 'The Two Popes' from Netflix studios. The HBO studio has since been nominated in 15 categories. Apart from the film, Netflix has also named 17 nominations in the TV series category.