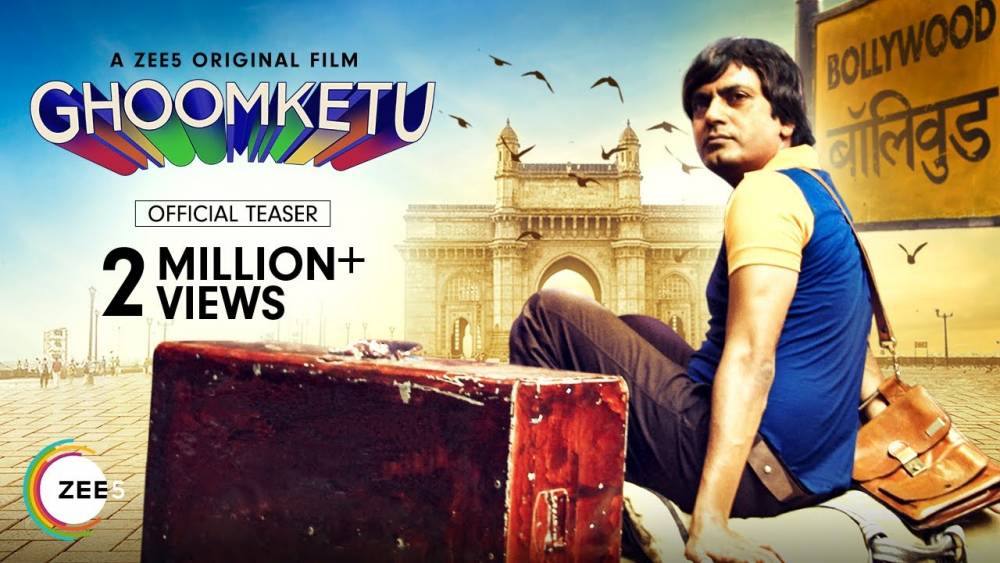 Ghoomketu Trailer: Nawazuddin Siddiqui is celebrating his birthday today, i.e., May 19. In the meantime, a trailer for his upcoming film Ghoomketu has been introduced. Apart from Nawaz, Anurag Kashyap will also be seen acting in the movie. The film will be released on May 24 at Zee-5. The film, directed by Pushpendranath Mishra, shows the story of a struggling writer.

What's in the trailer?

Ghoomketu (Nawazuddin Siddiqui) is the author who wants to go to Mumbai and make a prominent writer in films. It also agrees to it. But it's not easy. Because he is continually being run away from the film industry. Meanwhile, the police are also looking for a Ghoomketu. Case Inspector Badlani (Anurag Kashyap) takes the hand. He gets a warning from his superior officer that if the month is not discovered, it will be transferred. Surprisingly, the police do not even have a photograph of the Ghoomketu. The trailer is looking quite fun. Many of the best comedy punch is also visible. As he goes to Shah Rukh Khan's office, he asks to meet. He is told that he is shooting in Paris, he says that he will go home with two. In addition, many more exciting things are noticeable in the trailer.

The primary role in the Ghoomketu is Nawazuddin Siddiqui, Anurag Kashyap, and Ragini Khanna. Nawaz had earlier appeared in Motichur Laddu. Anurag Kashyap has already played the role of a policeman in several films. Ragini has been active on TV before. In addition, she has also been seen in the Zee-5 film Posma. In addition, Raghubir Yadav and Ela Irani are also playing an important role in the movie. Many big actors have been seen in the trailer. Amitabh Bachchan, Ranveer Singh, and Sonakshi Sinha. However, all these are in the guest role. Nikhil Advani, Chitdirty Singh, and Huma Qureshi would also be seen in the guest's appearance.

Read also: Why and What type Challenges India has to face as a Nation After Lockdown

Have you lost your Aadhaar Card: Know here What to do Next