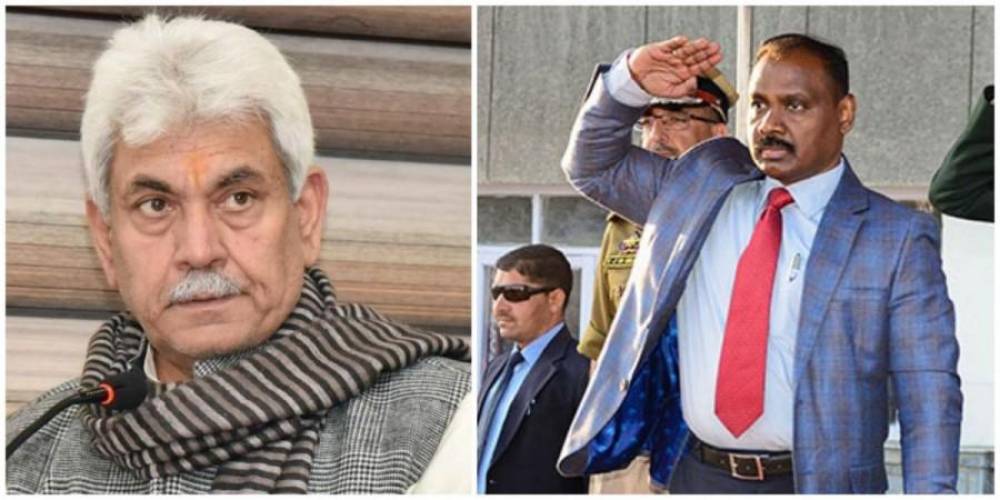 Just a day after the first anniversary of the scrapping of the special state status of Jammu and Kashmir, another change has been made in Kashmir. Former Union Minister Manoj Sinha was appointed as the Lieutenant Governor on Thursday morning after Jammu and Kashmir Lieutenant Governor G C Murmu resigned from his post on the night of August 5. Muramu's name is said to be under consideration for the appointment of the next Comptroller and Auditor General (CAG) in the country. Rajiv Mehrishi, the current CAG, is said to be 65 years old and will then quit. As a constitutional post, the CAG post cannot remain vacant, so the next CAG appointment is necessary before he leaves office.

Muramu is a 1985 batch Gujarat cadre IAS officer. He was appointed as the first Lieutenant Governor of Jammu and Kashmir on October 31, 2019, after being made a Union Territory. His name also came up in some controversies in Kashmir in the past. He had made a statement in favor of restoring 4G services in Kashmir a few days ago when the case is still in court, and the Central government is defending its decision not to reinstate 4G in the court.

Why the reshuffle is happening:

In several media interviews, Muramu has also spoken of holding two years of pending elections in Jammu and Kashmir, which was recently publicly expressed by the Election Commission. The Commission said that it is only the Election Commission's responsibility to hold elections in the country, and other institutions should not make statements in this regard. The Commission described such statements as interference in its work. Manoj Sinha is a political appointment, and any special sponsorship of the central government is being discussed behind the removal and inclusion of Muramu. It is believed that some important steps will be taken administratively in Kashmir. BJP leader Sinha is a member of Lok Sabha from Ghazipur in Uttar Pradesh and has served as a union minister in Prime Minister Narendra Modi's government. He was at the forefront of the race to be appointed chief minister of Uttar Pradesh in 2017, but at the end of the time, Yogi Adityanath was replaced as chief minister.

On August 5 last year, the central government revoked the status of a special state in Jammu and Kashmir and divided it into two Union Territories. In addition to the nearly five lakh security personnel already there, thousands more security personnel were deployed. The litigants had to stay in the entire lockout for months, and strict restrictions were imposed on the freedom to come. Landline, mobile, and internet were shut down for months. Thousands of Kashmiri arsonist, politicians, and political activists were taken into custody.

Death of another BJP sarpanch:

Meanwhile, soon after Sinha's appointment, BJP leader and Sarpanch Sajjad Ahmed have been killed by terrorists in Kulgam, Kashmir.  The militants had killed BJP leader and sarpanch Ajay Pandita and BJP worker Sheikh Wasim Bari, his father, and brother. Nazir Ahmad Rana, sarpanch of Mammer village in Ganderbal district, had told that 10 Sarpanchs and Panchayat members had been killed in the last four years and all sarpanches are still receiving constant threats. He also said that on the one hand, the lives of all sarpanches are under threat, and on the other hand, the administration is not listening to them.

Want to avoid penalty charges on the minimum account balance? Do these things

Applying for Personal Loan? Tips to get an advantage of the low-Interest rate